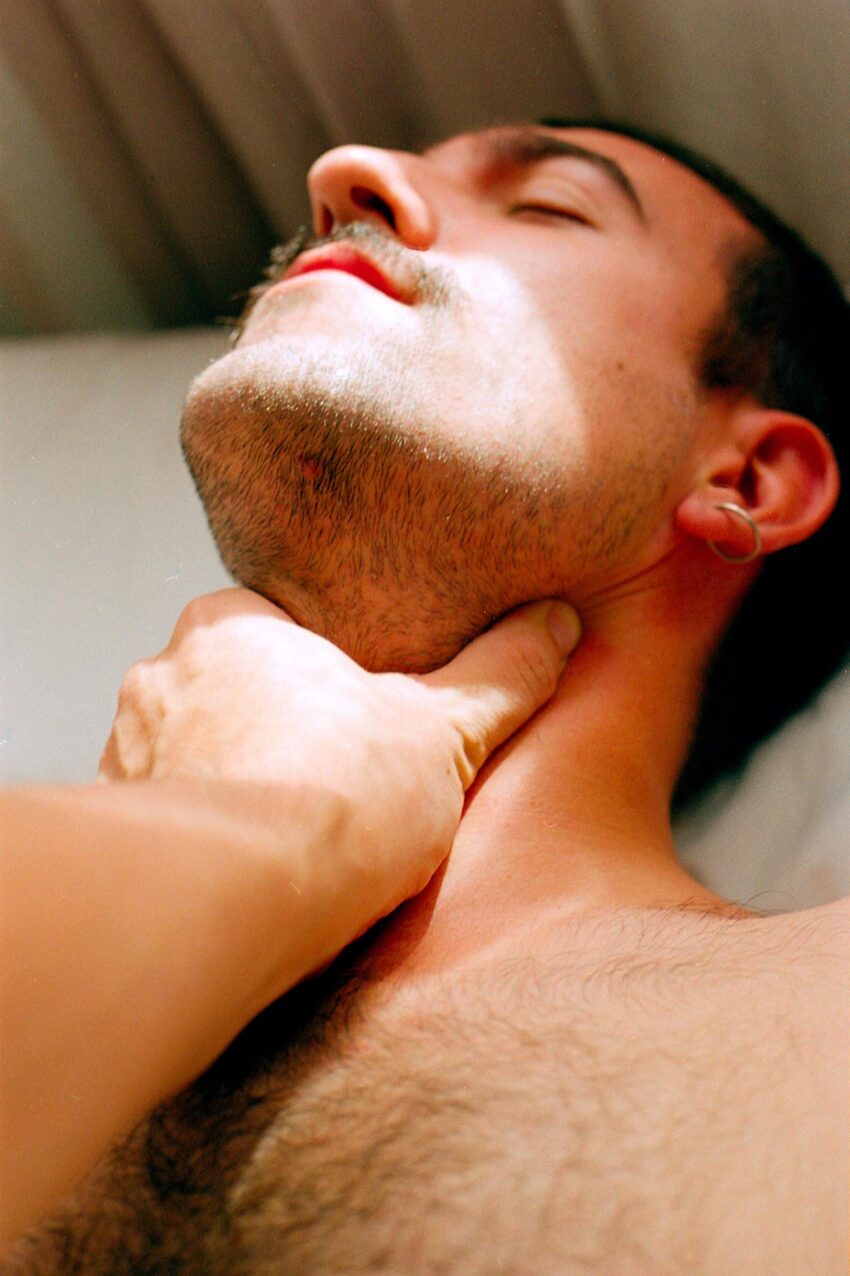 We had been together 4 years and I decided to break up. With him, I lived my teenage years, the death of his father, his traumas, his anxiety. But all that was finished now.

Now I was free and could be with all the boys I wanted to. I would go out with many at a time and at the beginning it was fine. I did not have sex with all of them, with some of them I went out to the movies, with others I drank beer, others I shot pictures for, others I sang with. But I started to be conscious that I was not being healthy, I was not doing it out of interest now, but just to be busy with my time and to not be alone thinking of myself. Before the definitive slump, I met Diego. The truth is I did not have any kind of expectations before going out, he showed me a beautiful place where we drank a bit and talked. He was dressed really nicely, I felt inferior because he looked so formal, and he was handsome as well, and I have always felt intimidated by people who looked attractive to me. The day ended without anything happening, but with the promise of seeing each other again.

I was in the middle of moving, and Diego offered to help me with my luggage, which is why I invited him to my future ex-home, now almost empty, but with everything necessary for an impromptu date. He was once again nicely dressed, with his blue shirt and those black pants. He had a large body, and we sat on the sofa to talk, each time he got nearer to me and we ended up kissing, in a way I had never been kissed before. We got really horny, way more than what we had planned. We ended up in bed, we could not stop kissing, touching, our cocks banged against each other and I kept noticing he was so wet, and I was so horny. He would not take off his shirt, I guess he was insecure with his body. We were about to do it, but none of us had protection, so we went on to suck each other, he was so thick that I was choking and he kept pushing my head, I did not love him doing that, but I desired him so much that I let him do it, yes, a bit bad on my part to not say it. We came and he stayed the night home.

We kept on going out many days, and I kept falling in love and using all of my free time to think of him, I only spoke of him, I had no life outside of him and my job. On my birthday he gifted me the soundtrack for one of my favorite films. Everything was going well, but I felt I was too in love for the little that I knew him. His parents did not know he was gay, and that was a little bit uncomfortable. He loved to tease me or laugh about the compliments I gave him. I did not like that he was this way, but I thought that it was his personality. At one moment I needed to bring myself to a halt, and tell him that I needed to back away because I got so upset when I didn’t see him often and was starting to feel dependent on him.

Until the day came when a friend showed me Grindr, and there was his profile. He and I had agreed to be exclusive and not meet anyone else. Which meant he was lying to me, he did not know how to tell me that he only wanted to have sex with me and be with me only when he wanted to and that he did not want anything serious with me. He destroyed me, and I never told him what I had discovered, I simply said that I saw no future in our relationship, and erased all our pictures together. I was so broken, that the whole world fell down upon me, I cried in public, which was something I was so ashamed of. But that was the trigger that I needed to stop, and realize that I had a problem. And that all my life I had lived needing to be with guys, be it short or long term. So from here, I say: Diego, I thank you, for breaking me to build myself up again and be able to move on being a new person.