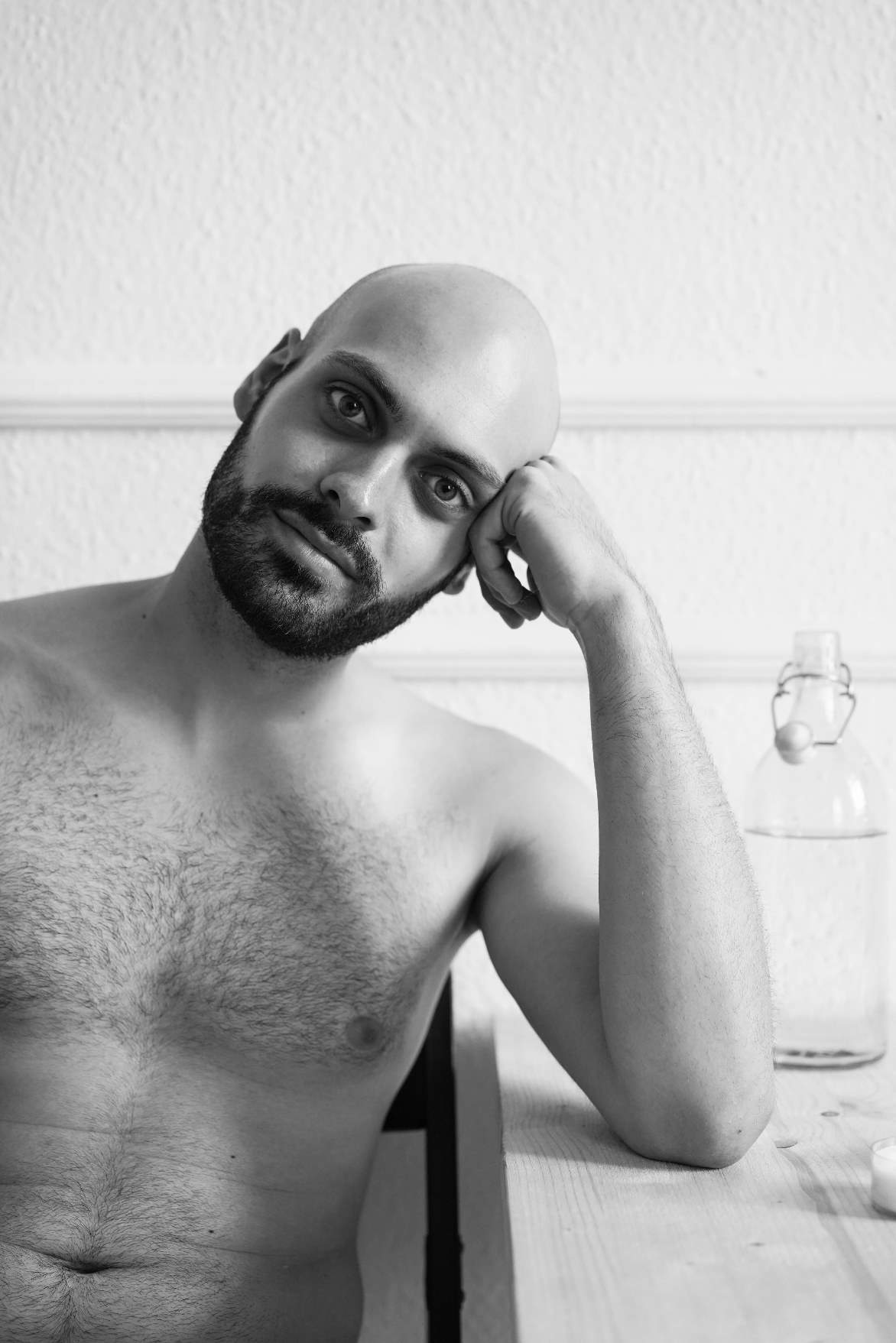 I think I was a lucky one with my family and friends when it came to my coming out. Everyone was really supportive and I totally can be myself. But it was not always like this unfortunately. The time of realizing that I am gay, accepting it and then starting to come out to everyone was really hard.

I grew up christian. My family and I went to church every Sunday. Not catholic or protestant. It was one of those baptism churches. The people there think they are modern and hip in the way they think. They do parties for the teenagers and camps and festival kinda things. When there is a game and you win it, the price is a bag of sweets. But of course everything is christian. There is a band playing church songs and you sing with them, everything is a big party and everybody seems to be very happy there. But there are so many things happening behind the scenes, I could write a book about it. But never destroy the perfect picture.

I never fitted it in. Even as a child I was never really a hundred percent into it. I barely made friends there or felt connected to someone there. With the few friends I had I grew apart after a while. I never told someone outside of the church that we go there, I always felt really ashamed of it. I hated it when we had friends over and we had to pray before eating, it made me very uncomfortable. But honestly, I have no idea why I was thinking like that at that point, probably because I already didn’t agree with a lot of things they tried to tell and teach you. They have these praying situations where they pray for you and then god’s power should come and you fell backwards in someone’s arms and they lay you on the floor and enjoy this feeling. I never fell, I never felt any power, after they prayed the shit out of me I opened my eyes and said “I think I am done for today” and left the room. I think they were more disappointed than I was.

When puberty starts you change a lot. You start to have interests in other things like alcohol and girls. But I realized I also looked at the guys. It scared me and I started to ignore it. Don’t get me wrong. I WAS interested in girls but deep inside I knew I wanted to ‘try’ both genders. I felt like girls, had a higher priority at that point.

How can you think like that, when you get your whole life taught that it’s wrong when two men or two women have sex together, that it is sick and not nature.

Did I suppress my feelings I had for men? Or was I really more interested in girls at that point? I can’t say anymore, I guess it was both kinda. At that point it wasn’t important, being gay was disgusting and wrong.

One by one my brothers and I left the church. We couldn’t agree with its thinking anymore. Each of us because of our own reasons. The funny thing about the church people is that they always tell you that you have to help, support and love everyone, but when it comes to topics like homosexuality or divorce they don’t know how to handle it. So they leave you alone with your problem. Long after I had left the church, I was talking to a christian girl and she told me that she can’t talk to gay people because they make her feel uncomfortable. She didn’t know that I was gay and I also didn’t tell her, I wanted to see where this goes. The good thing is, I learned a lot about the church and the bible and their thinking, so when someone comes I can kinda challenge them.

Puberty is a hard time for everyone, your body changes and your hormones are going crazy. You fight with your parents all the time, feel misunderstood and of course you are always right and the victim, everyone has to go through this. But then there are the people who realize that they are different than the others, that they don’t fit in the perfect picture of society, that they feel closer to the same gender. And the bad thing about it is, that the others mostly realized it earlier than you do and then start to tease you and you fight against it, because you don’t want to be different. And then you say a lot of things you regret later, like how disgusting gay people are and that you would never do such a thing like kissing a man, how gross is that.

With all these christian morals I grew up with I had more struggles, because for christians being gay is a sin and you go to hell and also you actually don’t understand what is going on for you, because being gay was not an option.

I had a girlfriend. I loved her and I had sex with her. I don’t regret anything with her, because we had an amazing time together. But there was always something that didn’t fit in and I couldn’t explain. After nine months we broke up and I was alone for a while. And then I thought it is time to try the men. I downloaded apps. That was really new for me, I never actually thought about what kind of men I find attractive. I started chatting with a few. But I didn’t know how to handle all this. I was 22.

There was this guy who wanted to meet me, we walked around through the streets and I told him, that he is the first guy i have met and that I don’t know where this is going for me in my life. I already knew I had made a big step that will change my whole future. But still I had these thoughts deep in my head, that this is wrong, toxic thoughts the church gave me long ago when I was young and didn’t understand anything about it.

This guy invited me to his place for the following weekend and I made my first sexual experience with a man. And it was great.

At that time I was still living with my mom and when I came back home the following day, I didn’t know how to behave. My mom had left the church as well. She and my dad divorced a few years before my first experience, but they are still friends. I always knew I could tell her that I am gay but I was scared, I think telling someone that you are different is always one of the hardest things to do.

After that I met a lot of other guys and I learned a lot about myself. Only my best friends knew that I was meeting men. It is a way you have to go alone for a while, to make your own experiences and to see what do you really want or not. At that time I realized that I don’t like the idea of putting people in a few categories like straight, gay, bisexual. A human is way more complicated that he can easily fit in one of those boxes. Yes, I am definitely interested in men, but I feel like I am in general still very open minded.

Then I met that guy who was really nice, made his home very comfortable for me and gave me expensive gifts. I thought this was a great man, and I found someone who appreciates me how I was. He lived in the next city so we could only meet on weekends. After five or six months he just disappeared. He ignored me, he blocked me and he moved away without a word. I was so down. I am over it now, but I still can’t understand how somebody can just disappear without a trace and leaving someone with so many questions and no answers. My parents still didn’t know at that point what was going on and I was just down and in a bad mood all the time.

After a big fight with my mom I just broke and told her everything. I cried a lot. All I got from her was nothing but pure love. She hugged and kissed me and said that this is alright, that nothing is wrong with it, that she loves me and that it hurts that I didn’t come earlier to her with my problems.

I think I can be very happy to have a very supportive family. Even my dad who still goes to the church loves and supports me and doesn’t have a problem that I am gay. My brothers who also live here in Berlin came to the Pride with me this year and I told them thank you for that. They didn’t understand it. For them it is naturalness. For me it is not, I appreciate it every time a lot when they go to a gay bar with me and just accept me how I am. Everyone should concentrate on the people who are there for someone and not hold on those who try to put you down.