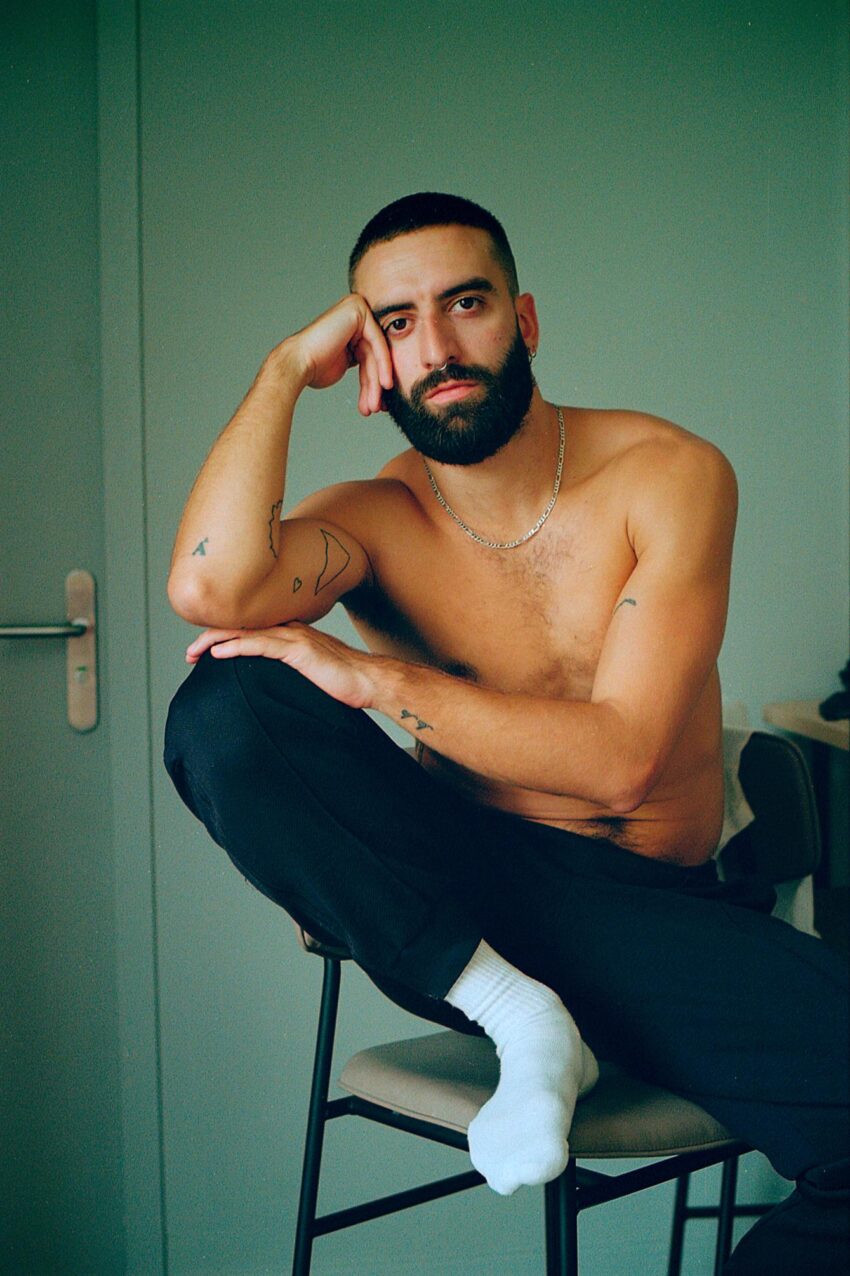 I had a panic attack on the train from Brussels to Paris. The young couple behind my seats were arguing with the train staff for 15 mins straight because of some ticket issue for their little baby. I just couldn’t take it anymore. My hands started to shake and I wanted to scream.

After arriving in Paris, I went straight to the hotel. It might be a bad day. I couldn’t check in early as I arrived before 3pm. Luckily Adrien was late too, so I walked around in the neighborhood for about one hour or so until the check-in time. This time, the hotel room was not ideal. The windows were facing the wrong direction for the sunlight. It’s smaller than the one I got the last time.

Adrien arrived. To be honest, I was excited about having him as my model. He’s a dancer. We, photographers, all love to shoot dancers, but at the same time, I was not inspired by the light situation and the room. Most importantly, my mind was not working properly because of the ordeal on the train. I always call myself an observer than a creator. That’s how it goes with me. No pre-conceived concept, but rather to capture what’s in front of my eyes.

So we started. I told Adrien that we would start easy, like what I usually did, doing some quiet/calm poses, standing and sitting, then we would go with the flow. After 10 mins or so, I felt that he was not feeling comfortable. I asked if everything was ok. He told me, no. The worst thing that a photographer could hear from a model is that the model is not feeling comfortable. It feels like a nightmare.

So we stopped the shoot. “Let’s talk. What’s wrong?” I asked. It’s confrontational, but it’s important to learn and clear the situation as much as possible. So, we started communicating, about how he felt. He told me that he’s a dancer. He’s not used to being static. Sitting there in a bed, or standing in front of a window, is not comfortable for me as he’s not moving. It’s something new to me because mostly these kinds of poses are easy to do and I prefer to take steps, from simple to more nuanced, from static to movement. It gives each other the time to adapt, to learn, and to push.

I think that no matter what, we did try to communicate and we did it well. It’s a good thing to do it in a timely matter, in this case, during the shoot, shortly after the start of the shoot, instead of keeping silent and feeling bad afterward. I explained to him about the panic attack and my mind not working probably and needed to take it slow. I also told him that we would try movements if it makes him more comfortable. So in the end, we did finish the shoot and we both liked the results.

This is a kind of special experience that I will always remember. A good example to demonstrate the importance of communication while doing this job and willingness to understand each other from both sides.