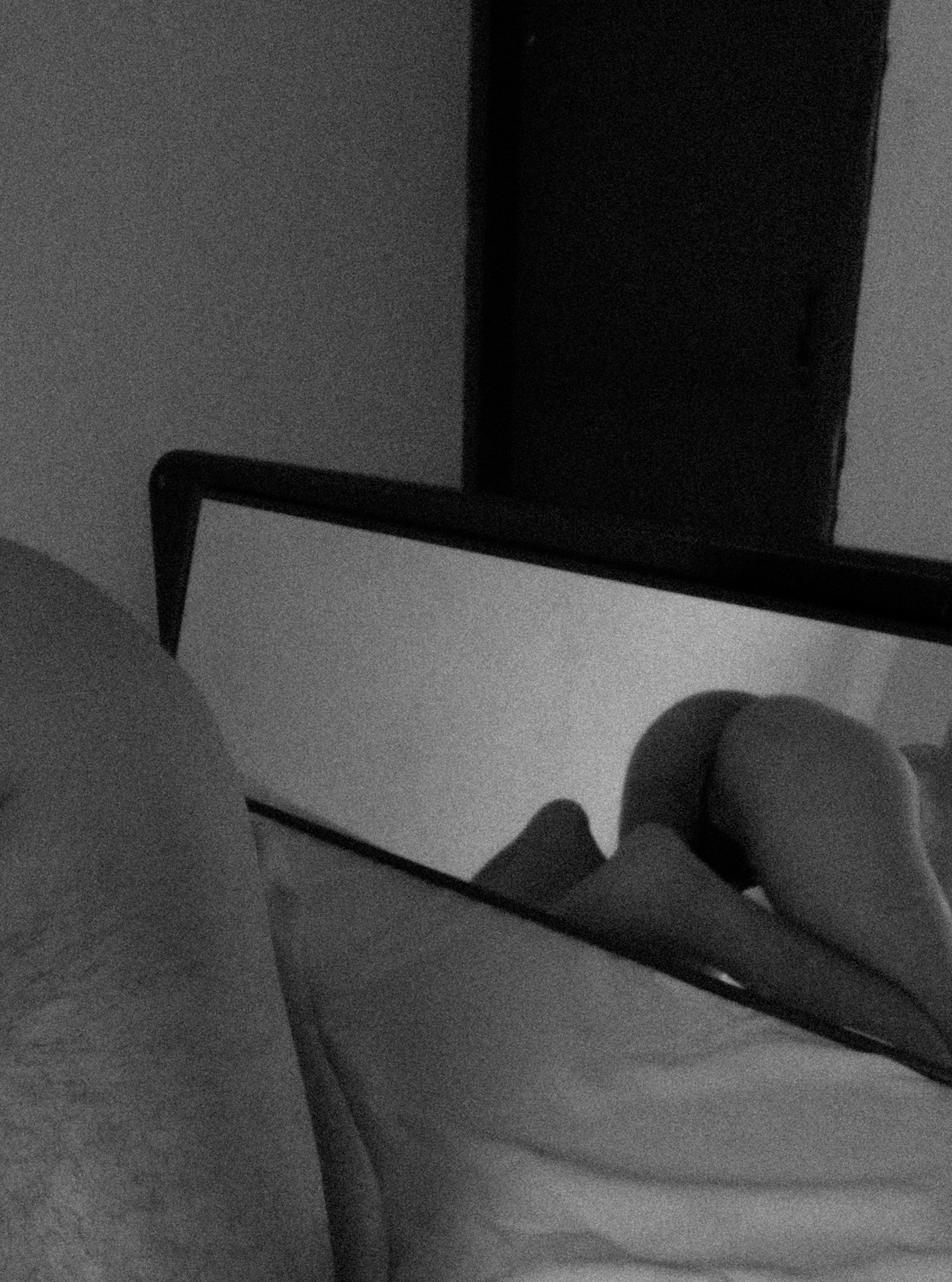 On Saturday, I arrived at his house at six o’clock because I was working all day. I needed to see him. In the living room we were smoking weed until we got high, drinking wine as the night warmed up. Being with Daddy it feels like there is no time or space in the moment. He talks to me about everything and he really attracts me, with every word,  every look. I usually gaze at him while he talks but my mind starts to imagine him over me, trying to stick his cock in me.

At a certain point, Daddy stopped talking and took me in his arms. His kisses on my neck made me moan. I crashed into him and started to feel that dick in his jeans, he’s so hard that the desire to be dominated flooded my body. My insides really wanted it. Daddy noticed it, because my eyes said so, they completely gave me away. So Daddy took my body and put it on the floor, he decided to take off my pants with force while ordering me not to make any moves. With each touch of his strong hands on my ass, I felt that I wanted to be his and on the other hand, his tongue on my body was an unexplainable experience. The wetness of his tongue made me vibrate, moan and scream.

I was completely naked, at his mercy; when he lifted me off the floor to order me to enter his room. I felt that I was not walking, but floating as his fingers kept fingering my hole and managed to make me bloom in a matter of seconds.. When I arrived at his room and stopped in front of the bed, he was behind me holding me tightly in his arms, kissing my neck and whispering in my ear “you are mine, love”. Fuck, I felt like I was on another planet because his dick was poking my ass and then he decided to let go of me to fuck me. He laid me down on the bed, like a little dog and penetrated my ass, he held me by the arms to prevent me from escaping from his cock.

I wanted that moment to last forever, because his body and his sweat were all I needed. His hands on my neck, he spitting on my mouth while I held my legs so he could fuck me completely.  After having sex we went to his balcony. The night turned cold but he held me again and we saw the stars until the desire came again.