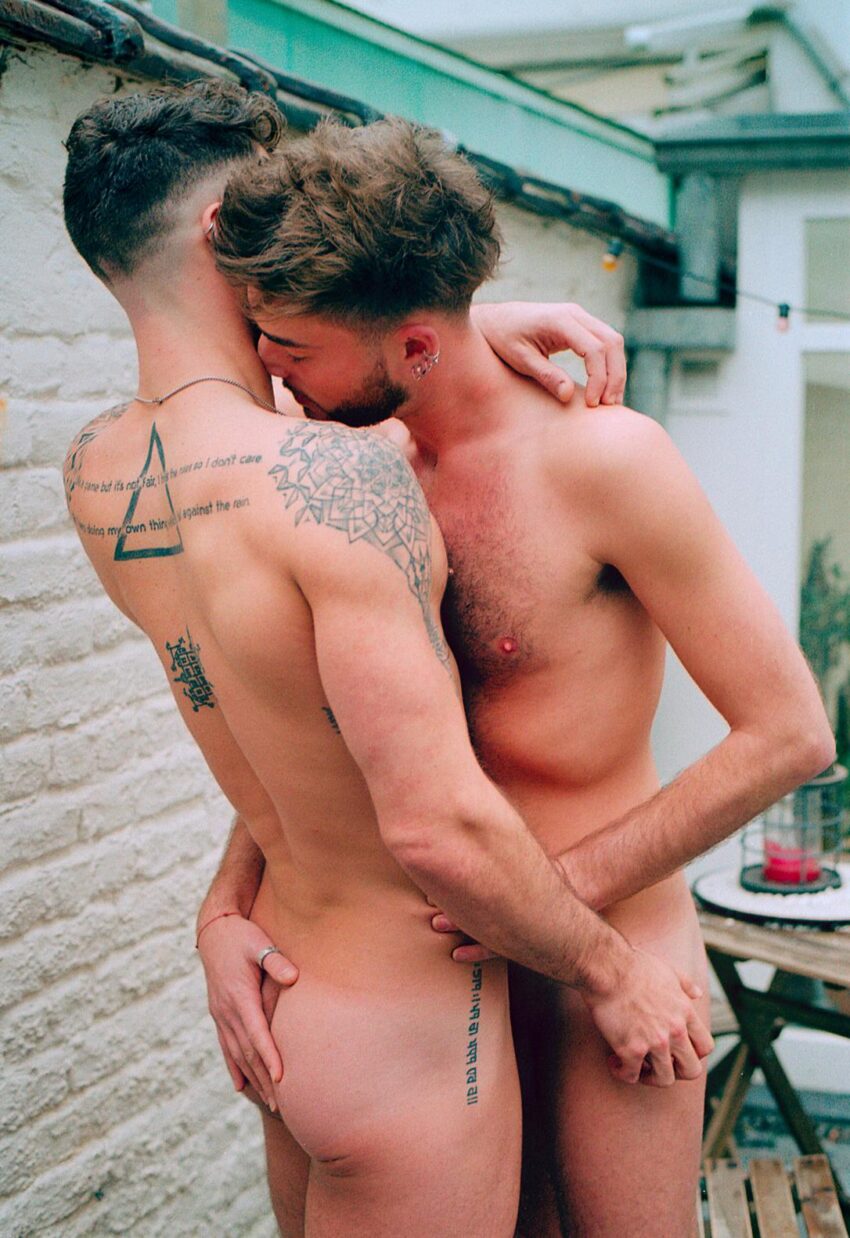 Our story begins with our meeting at the birthday of a friend where a crush occurs. Two people who found each other very attractive. Both having some a priori, we decided to meet again to remove all doubts. Very quickly the alchemy operated and our relationship turned into an all-consuming passion.

Life has forced us, despite ourselves, to live together under the same roof.  This allowed us to get closer very quickly but also to see that neither one nor the other had confidence in us… This created a lot of tension within the couple but also in the house in which we were.

We then decided, following many fairly strong and intense arguments, to follow couples therapy.  We were sure we loved each other deeply but we didn’t know how to love each other properly.  It followed that Thierry felt too smothered and Pierre-Antoine not considered enough.

This therapy brought us a lot of things like communication for example, but above all revealed that we both needed to settle old wounds from the past that were not yet healed.

We moved in together two years ago and after a year of repeated arguments and headaches, Covid arrived and we couldn’t stand each other anymore… We decided to separate…

Following this, a big questioning was made on both sides.  We needed to consult a therapist but each on his side. It was like electroshock, we didn’t trust ourselves…

Since then we have listened to each other much more and we are finally moving in the same direction.

We have joint and no longer individual projects, there is no longer any rivalry and we “play in the same team”.  Currently, our best weapon is communication.

We push our couple further and further and we let ourselves live by enjoying every moment.

It’s not always easy, but this story is the force of our couple because after 4 years spent together, all these hardships have strengthened us and we have since formed a solid couple.  We are now proud of each other and especially proud of our couple.