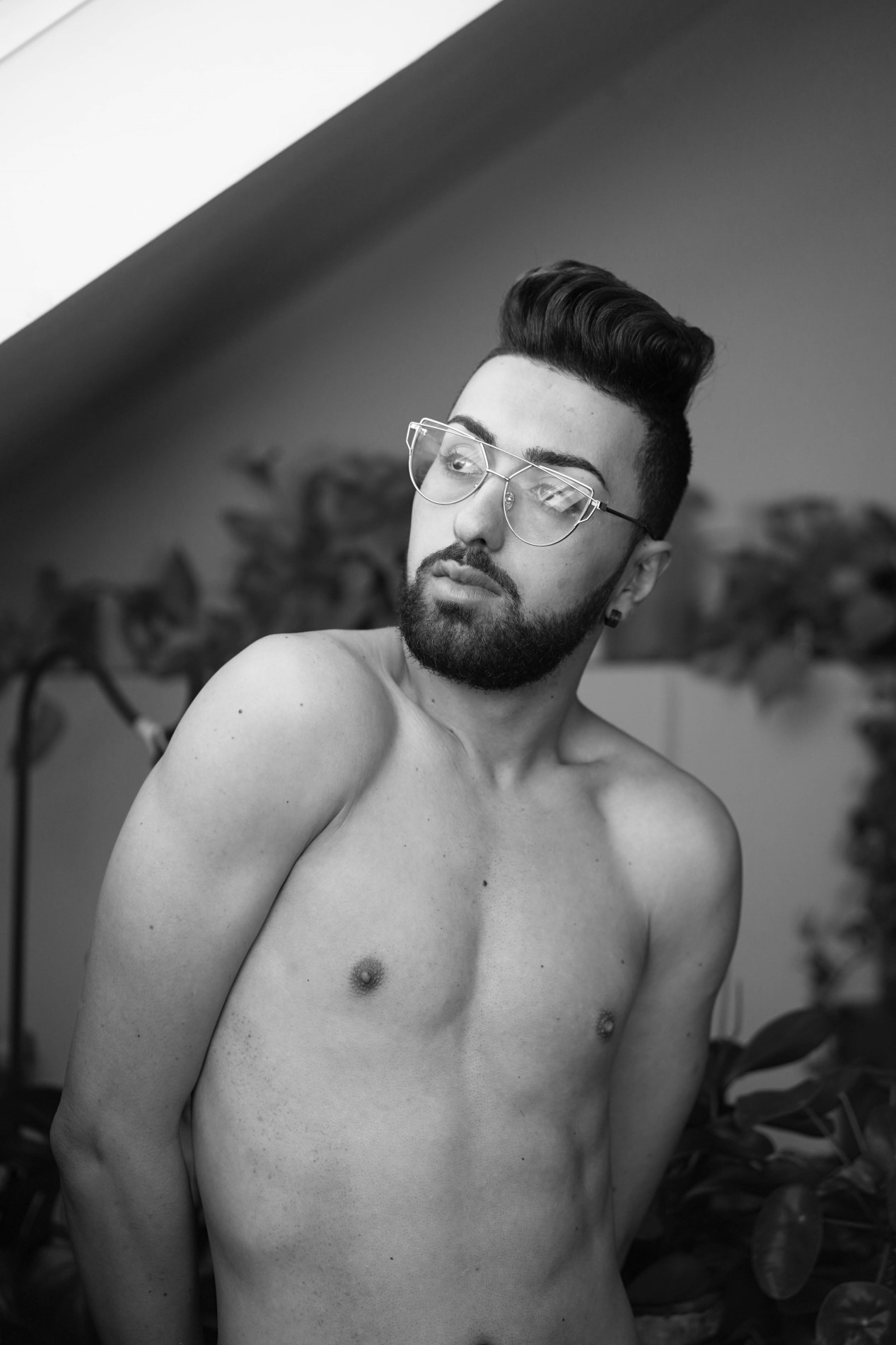 In September 2018, I had to flee my country, Tunisia, to take refuge.
I was raped, assaulted, I did not have the right to complain or to have the protection of the authorities and I was about to be arrested for homosexuality.

This country, known for the famous Jasmine Revolution, which won the Nobel Peace Prize, still violates individual rights and freedoms.
Homosexuality in Tunisia is punishable by imprisonment of up to 3 years in prison.

Homosexuality is still prohibited by Article 230 of the Penal Code and other articles instrumentalised for this purpose, but also by a repressive society whose repression is sadly more important than that of the government.
We are repressed and condemned for our sexual identities and our gender identities.We suffer from violent social rejection and hostility because of hostile legislation. Our community life is limited to protection from legal persecution.We risk being incarcerated for homosexuality, victims of treatment inflicted in detention and extortion of confessions or even being sentenced to death by members of our families or Islamists.

Anyone who still believes that homosexuality is a disease must know that it is the oppression, criminalization and imprisonment of homosexuals that have proven to be a disease.

In conclusion, the homosexuality today in Tunisia is between a strong penalization and an exaggerated homophobia of the society and the state.
We only ask to live with dignity and freedom..

I escaped Tunisia leaving everything behind me, my family, friends, my studies, my painful past and my 23 years of psychological torment, social imprisonment, verbal abuse in schools and universities, physical and sexual assault and family disintegration. I overcame all my past with all its sufferings hoping to have a dignified and decent life.

Stigma and discrimination did not stop by being in a center for asylum seekers, living with people of different nationalities, languages, beliefs and prejudices. I have heard insults in all languages ​​and I live in fear and sorrow.

Two months after my departure and one day before the World AIDS Day, I discover that I have HIV in the medical service of the center. The way to reveal to me my seropositivity was not professional, without supervision or pity. I directly started thinking about the rape I underwent in August, I remembered when I fell highly ill in September before traveling. I was sure that the virus came from this incidence that traumatized me a lot because I had not any other unprotected sex relationships.

I was involved in the fight against HIV in Tunisia for more than two years working voluntarily in associations. I was well educated about STDs by studying them during my license degree in biology.

I started the medical follow-up and the regular treatment and I was able to maintain an undetectable viral load quickly. When I take the medicines or when I have appointment with the doctor, I remember everything that happened to me. I initially thought about dying or committing suicide but I swallowed this anxiety quickly

I started volunteering at ExAequo to continue the associative work that I did in Tunisia, no longer as an actor of prevention and fight against HIV but as a living person with HIV and activist for the rights of LGBTQI++ people and People living with HIV. The associative work brought me too much, it helped me in the past to be active in my community, to be engaged, to meet interesting people and it helped me now to accept my HIV status and overcome all negative thoughts.

Currently, with the approved scientific discovery: U=U or Undetectable = Untransmittable that proves that HIV-positive people with undetectable viral load, no longer transmit HIV through sex. This assertion is corroborated by the fact that it is people who think they are HIV-negative, but who are actually HIV-positive, who are the main vector of HIV diffusion. Thus, two serodifferent people can adapt their practices and live safe relationships while having fun.

HIV is a reality in everyone’s life. In our lifetime, HIV-positive people will be our friends, our lovers, or the guy we met last night. Let’s participate in the fight against serophobia and the establishment of a harmonious environment where it will be easy to speak without constraints or exclusion. Let us be empathetic, respectful and think of the scope of our actions and our words.

Living with HIV is not always easy. Serophobia has contributed to the isolation of HIV-positive people and segregation in our community.
I know that disclosing my homosexuality and my HIV status can have serious consequences, but I hope that my testimony may change some things or may have a value of prevention and open the eyes of people. Especially young people who are unconscious. We are all seroconcerned!

Still, I’m fine. If you want to live, you have to fight.