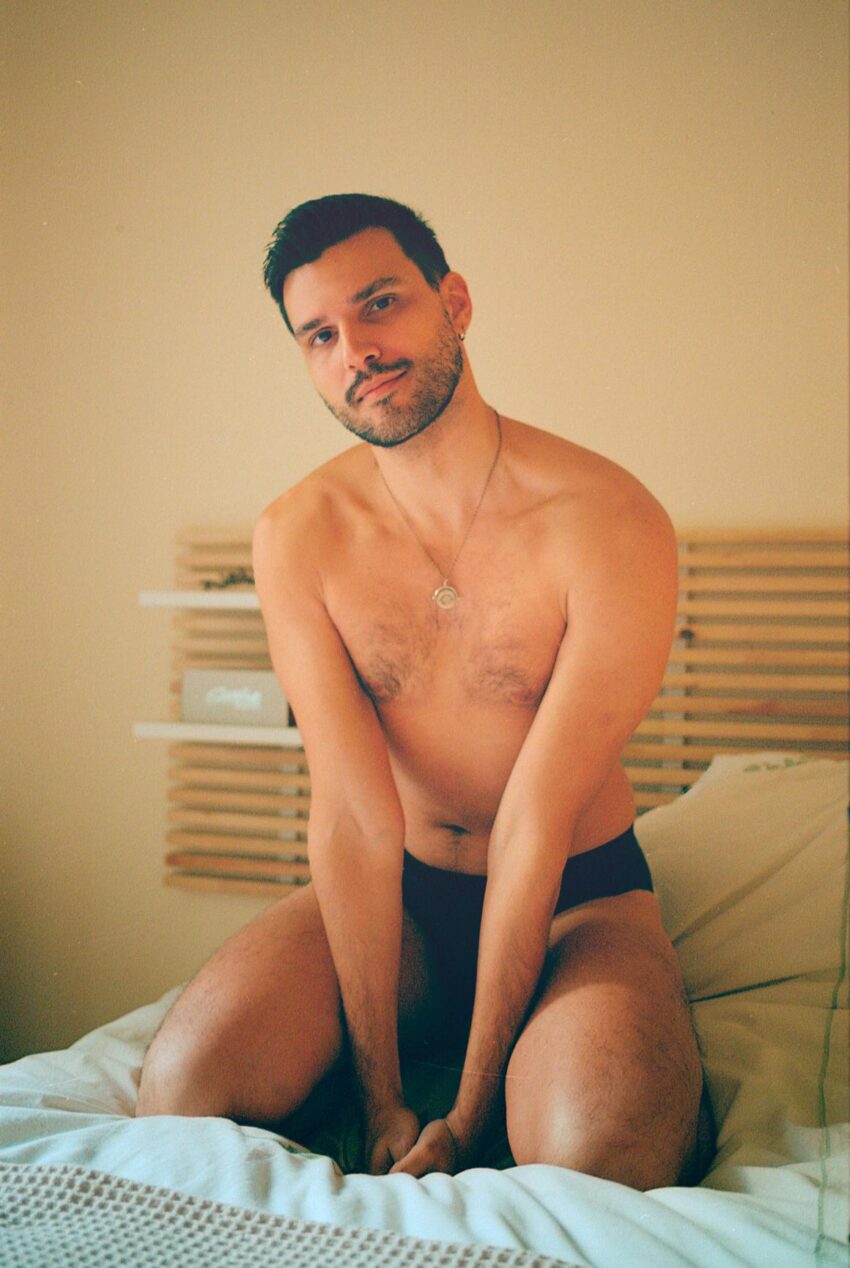 When I was a young boy I used to watch Disney movies, all over again and again. My first memory is when I was 4-5 years old and I was dressing up as Ariel the Little Mermaid in the living room. I would throw all the pillows on the floor pretending to be the rocks from the sea, wearing T-shirts as wigs, wrapping sheets around my waist, giving them the form of a mermaid tail, and finally my mother’s lipstick for the finishing touch. I was singing out loud “wish I could be part of that world”. I was a kid feeling different from the other kids, like a fish out of the water, trying to see where I stand. How a mermaid can stand in the world without falling?

In my school years, I wasn’t a very popular kid, I had all the features of someone who has to be bullied and isolated from the others: my voice was higher than the other boys and I was participating in my school’s choir and theatrical plays or that my moves were too feminine and I was doing choreographies with the girls of my classroom or that I played volleyball cause it was a girlish sport. All the things I’ve done were wrong for them but so right for me, so I grew a thick skin and did not let the insults and then pain get to me. By they did.. and the school years felt like a dark cloud over me.

The years went by and I was still hiding and wearing this armor against the bad voices, when around my 20 years on a trip to Morocco with my mother, I read The Metamorphosis by Franz Kafka. Its beginning was craved in my mind till now..”As Gregor Samsa awoke one morning from uneasy dreams he found himself transformed in his bed into a gigantic insect..” I was that disgusting bug with its black skin and tiny legs, and everyone around me was watching me with a magnifying lens in order to see the monster, like a freakshow. And I was feeling helpless inside, doubting myself, trying to understand why so much hate. My inner thoughts were suffocating me and I had to find a way out…

feeling trapped in a (D)ark hole,

trying to catch my (O)wn breath,

but I am just surro(U)nded by walls,

losing my light and (B)urying it so

That was the night I told my mother about me. We were in this Moroccan restaurant with her colleagues from work and I got drunk. My head was reeling and the words were coming up to the surface. The monster had to speak. I waited till we go to our hotel when I found my voice and I spoke the unspoken. Things got heated up, and there was awkwardness and anger at that time but in the face of my mother, I found one of my biggest allies and best friends. It’s been 13 years since that night and it was one of the most liberating moves I’ve ever done to start knowing who I was.

There’s this Greek myth about the monster mermaid Medusa. Her beauty attracted the attention of Poseidon who assaulted her in the temple of goddess Athena. The Goddess furious cursed the poor woman to become one of the most horrible and deadly monsters of the ancient world. She had the power of turning into stone all who looked upon her scary face and everyone was terrified of looking the monster in the eye.

The monsters and mermaids in my mind became my guards and I got the curse and luck to chose to be both of them, embracing my true form in its glory. My weirdness, my gayness, my feminine voice, and my moves didn’t turn my bullies into stone, nor me. I saw the monster in the mirror and it was beautiful cause it was me.

And that’s my personal mythology.