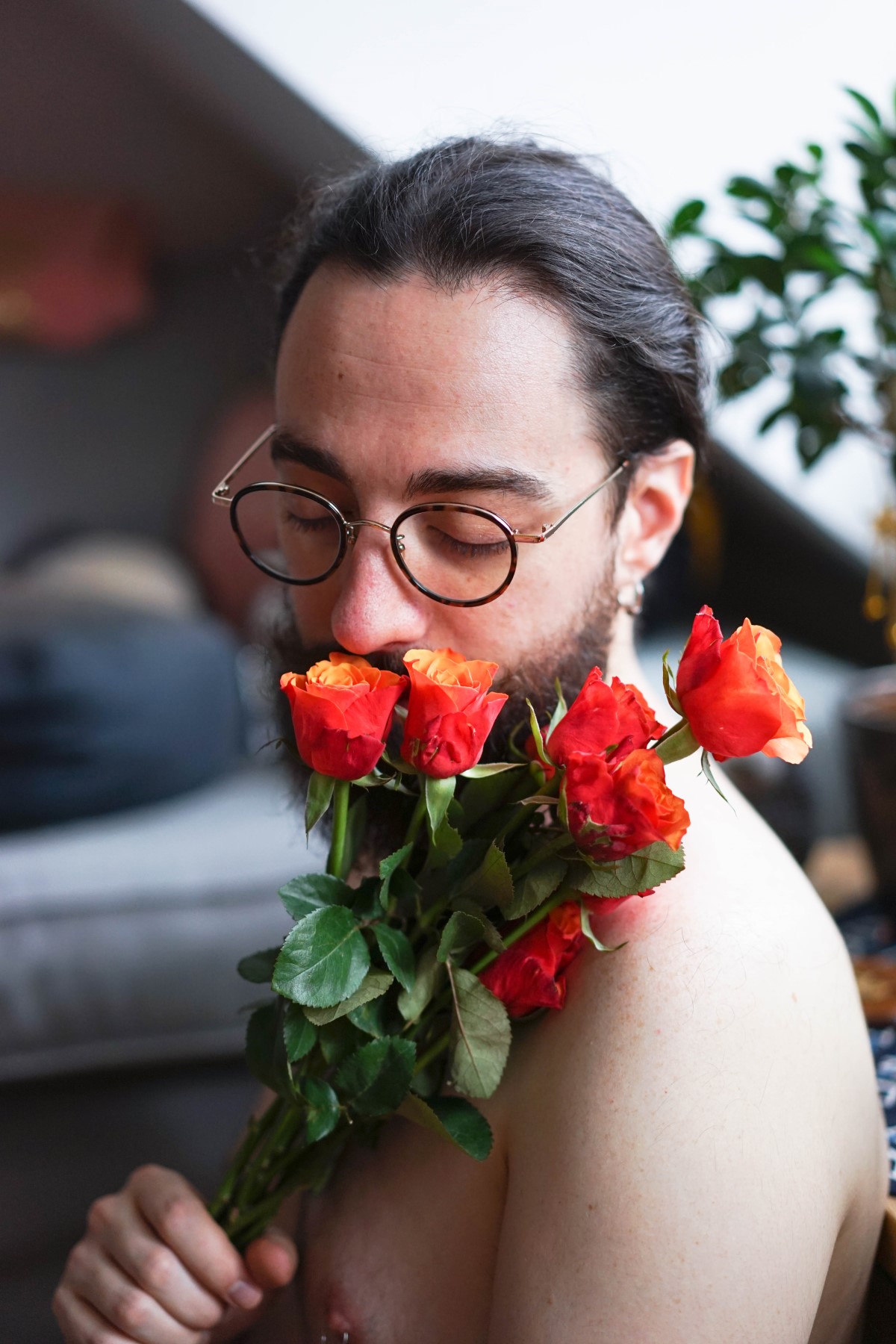 As far as I remember, I always feel that I don’t belong to where I am. What a strange feeling, being here and there and never satisfied. Yet, when I was a child, I had this deep feeling within me: in my dreams, I would always take a train or a boat to leave… for where? I still do not know. I developed a fascination, especially for trains: I collected so many toys or replicas of them, playing all day long and imagining I was going away. However, it made me going through experiences in my life. I was raised in Wallonia, Belgium, in a quiet village. At that time, I felt that it was not for me, “not enough”! I did my best to survive and I found salvation in studying. I oscillated between studying, reading, drawing, dreaming… it lead me to a first step in research, mainly of myself I can say.

I experienced the joy of learning at school, then at university. Lately, I involved in medical research: this was the first key for me to escape. I left Belgium for Hungary and a few years later for Canada. The adventure was all mine: a blank page to write. Experiencing another myself… and I was shocked. Living in another language than French was challenging. I remember the two first weeks I was in Toronto: I understood nothing of what people said! I was exhausted everyday by struggling to speak English, to think in English, to live in English. Living within another language requires a mindset that I had to gain little by little. Funny story: I have avoided phone calls in English for months, as I was all sweaty just hearing a soup of sounds! I could finally make it and now, I laugh about it. I slowly deconstructed myself and enjoyed fully my time in Canada. I was not a Belgian, but someone bigger, with a clear European identity. Because the strangest thing that often happened to me in Canada was how people could arrest me in the street and ask “are you from Europe?” or even friends and colleagues could say “you are so French”! I still do not know what they meant, but I was shocked on how they could guess… Well, maybe I was facing a fact: I left luggage behind, however, it started to catch me up.

Back in Belgium, I could not recognize anything. Everything looked so small and people all the same: I was missing the diversity of Toronto. What shocked me the most was that life continued without me there. Friends had babies, bought a house, a car… parents got strangely older and I felt far from everyone and everything. People were happy I was back and I remember how guilty I feel: I just wanted to return to Toronto. I could neither recognize anything nor recollect myself. This country was not “mine” anymore… anyway, I said to myself that it was another page to write again! C’est parti!

I got a new job and I moved to another area, in Liège, that I did not know. I started another “new” life. Little by little I found a “place” but it has never been the one I wanted. Thinking about these experiences, I spent my life until then changing again and again my environment. That’s when I understood the second key for another escape: I had to start deep within myself.

I embraced yoga and meditation, which helped in a reconstruction of my mind and my body. I have no word for what I felt performing these activities but I can say it opened a door, still open, that I decided to enter. Since then, energy has been flowing, as a never-ending source. My eyes changed. And the perception of myself and the world around. At that point, I understood that I did not belong to where I was, again. I violently rejected my situation: I collapsed. It was a hurtful new beginning. Strangely, I attracted many people at that period: I was reshaping my inner self and it had a real effect around me. One day, at work, I had a new colleague from Tunisia. This guy fell in love with me at the first sight. I could not believe it! We spent good moments together and it has contributed to build more confidence in myself. Stronger of these experiences, I decided I would do things that I like: I entered a Japanese class!

The third key to salvation was a jump-heart decision: I booked a trip to Japan. I had dreamt of discovering this country and culture since I was a child. So, I finally did it: I call my friends living there: “Hey guys! I am coming to Japan. Let’s meet!”. Indeed, I could make friendship with Japanese in Toronto and we have kept in touch so far. I am a real amateur of Japanese literature, novelists such as Tanizaki or Murakami, ancient or contemporary texts: from Genjimonogatari to 1Q84, I read a lot. The same with the cinema: I enjoy watching japanese movies from the 60s to now… Ozu, Kurosawa, Oshima, Kore-eda, Kawase… and Miyazaki for sure! I could “taste” Japan through these prisms but I wanted more: it was time to go there. And… This was a rebirth. If you ever have to feel like a phoenix one day, I can say the day I stepped foot in Japan, I felt “myself”: I was where I should have been since a long time. I experienced life in Europe, then in North America and I needed to see how people were leaving in Asia (at least, a part of it, to start). Still, I wanted to find escapes, other ways of living. I met friends, and travelled in many places. At some of them, I was the only “westerner” and people were curious, it was so funny! From a shy hello to a “can I take a picture with you?”, I could share a few words and experienced kindness from them. If one can remind craziness and hectic life in Japan, my first memory of it is always sweetness. I have a connection with this place, with this culture. I hope one day I will understand why.

One day in Japan, I met the other half of my soul. I had to travel so far to be blew by a meeting, that deeply changed my life! It was at the south gate at Shinjuku station. I was close to a flower shop and I had a date with a Filipino guy, to have a drink and show me around. I wanted to make friends being there and as I was traveling alone, I was open to new encounters. Russell was in Tokyo for one year, to study. He recognized me from afar and waved his hand. He smiled. I smiled. He had such beautiful eyes and melodic voice… We talked as if we knew each other forever. He reminded me somebody I did not know… He took me to Nichome, the gay area of Tokyo. We went to a busy bar, Arty Farty, I can still remember it. A few beers and a conversation about pharma company lobbies were the last ingredients to make the magic happen: we clearly felt in love… and we kissed all night!

As I was traveling, I was going to Kyoto a few days after I met Russell and we could not stand to be separated. But I had to continue my trip and catch my plane in Osaka a few days later. One day after my arrival in Kyoto, he made a surprise: he came to find me there. I ended my trip with him… we could not avoid the goodbye though. We promised to see each other again, despite the odds.

A Filipino heart and a Belgian one finally built something stronger and bigger than everything I knew. Since more than two years now, we have been traveling to meet and discover other places we wanted to see. Every place I am with him, I am home. Russell came to Belgium, we went back to Japan and we greeted friends in Thailand as well. In a few months, I travel to the Philippines to spend a few weeks with him. We are reaching step by step our goal: settling in Belgium. He applied for a scholarship to start next September. The next step for us is to get married. We made a promise: always together.

I lost myself here and there and, finally, with Russell, I have a home, that I can take wherever I want. The next pages will be written with him. It is coming soon… in Brussels!