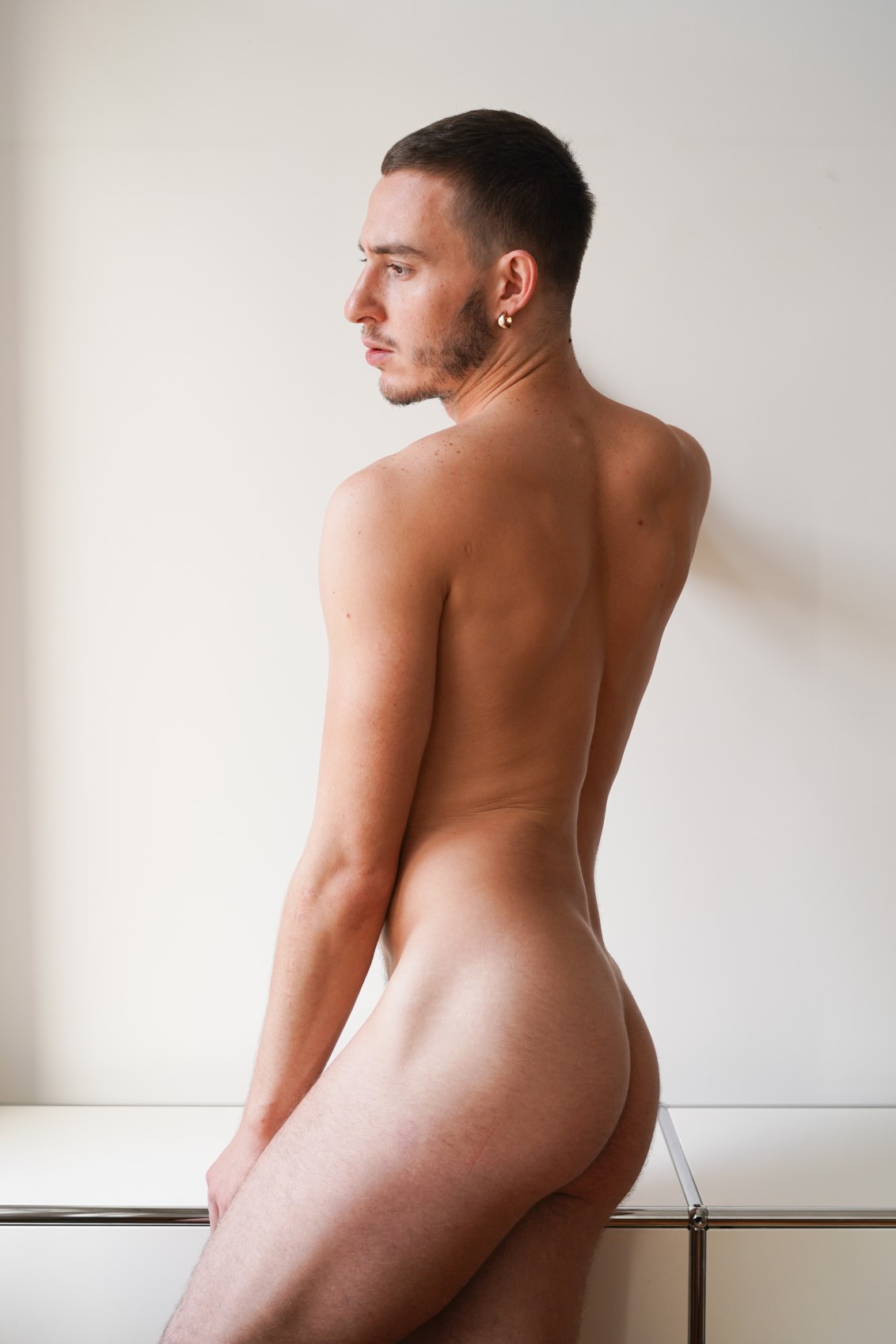 Since I can remember, I was obsessed with the body. Maybe because it took me so long  to accept mine. Everywhere you can hear the familiar cliché that you have to love yourself first and sometimes it really annoys you, but … god it’s so true! I think that our society has a big problem with the body and its perception. It starts with beauty standards and finishes with mortality and fear of death.

For me accepting my own imperfection was more difficult than accepting me being gay. As a child I was very skinny, and also very feminine. I felt weak and defenseless. I wanted to play sports but I couldn’t fit in with the rest of the ‘men’. When I finally accepted being gay I thought I would find acceptance in another community. But being so skinny and feminine, no one was interested in me. I felt very unattractive. Everywhere I looked, I saw ideals of the body that I could  never reach.

I started to dance. I lived in Athens, London and finally in Prague. Here I studied choreography at the Academy of Arts and as my final work I created the SOMA performance. Its theme was nothing but the body – it’s beauty, ugliness, finality, eternity, it’s doom and glory. A year later SOMA was selected among the 8 best dance works in the Czech Republic for the Czech Dance Platform Competition. Here it even won the main prize for the best choreographic achievement of the year. Everything that I dreamed of when I came to Prague, I achieved. I was seen by many promoters at the festival, so I started to travel around the world. I had the opportunity to lead workshops that focused on movement and the body-positivity.

I met hundreds of  beautiful people who at the beginning of the process were all dressed, claiming they could never undress their body in front of the public. I was very sad when I discovered that this was mainly because of the fact that they considered their body ugly. However I understood them because once upon a time I was going through the same thing. I was delighted to see them overcome these fears at the end.

There were also people who had no problem with nudity, and the exercises gave them a feeling of total freedom and liberation. As they shared that freedom with others, the energy that was created, changed everyone around. I was told by many people that SOMA has a life-changing therapeutic function. Most important thing for me is, that SOMA has never been about exibitionism, eroticism, sex or my personal goals, but about the incredible energy and joy of participants and audience.

Of course, it often happens that people don’t understand the true meaning of my work and I sometimes receive comments that I don’t necessarily agree with. The point is that my goal is not to build new aesthetics. I am not fighting against models, bodybuilders or searching for “odd” types, weirdos or overweight people how some artists do nowadays. Everyone in SOMA is equally represented and they all inspire each other. It’s about freedom and most of all about free mind and loving each other.