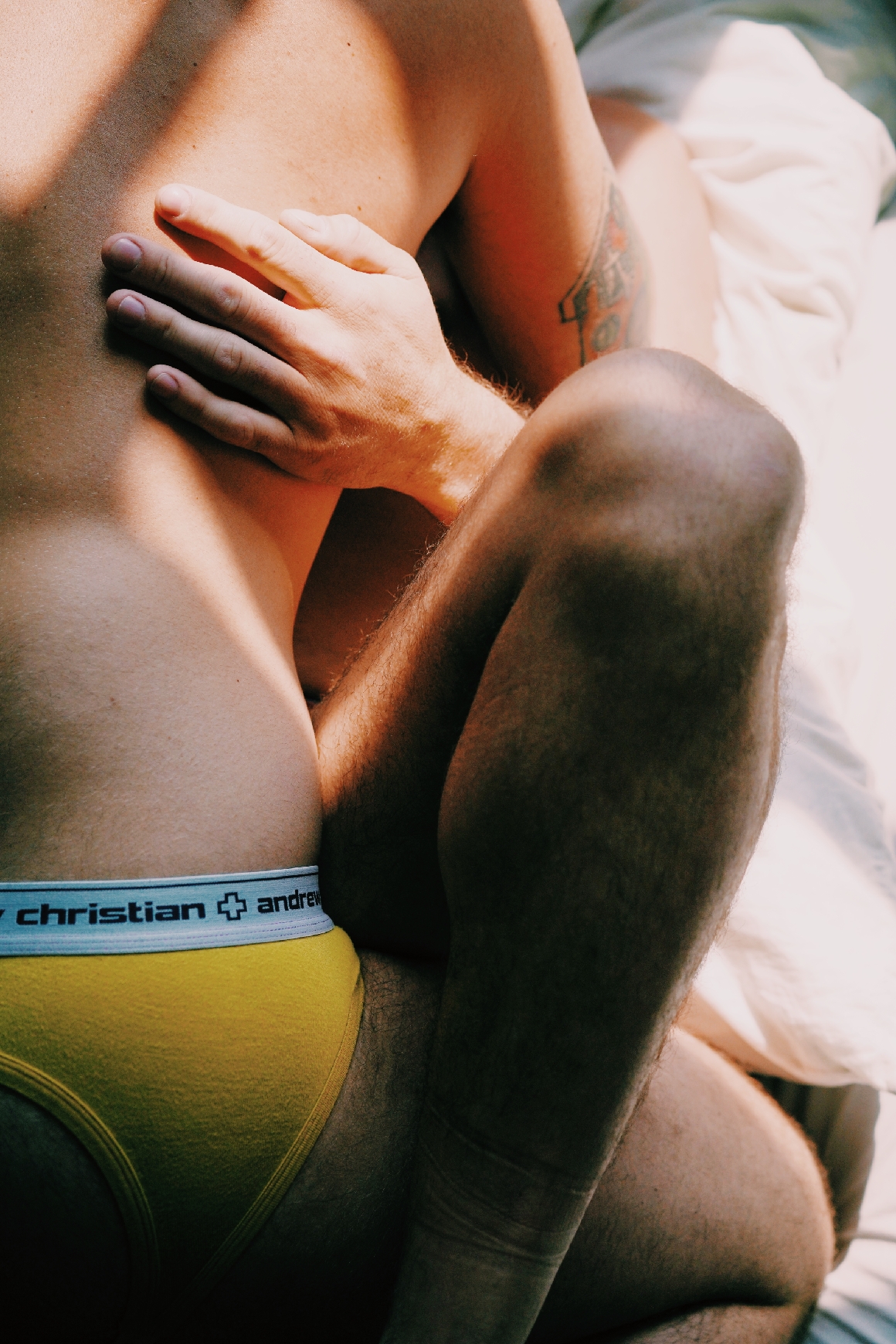 It’s the second time that I was here to shoot him, only this time, Mike would come and join us later. That was the plan. I could see Jacopo was already in the mood. He emits sexual energy on a frequent base that amuses me. Maybe it’s an Italian cliche, but he was so ready in his yellow Andrew Christian underwear, constantly flipping his fingers on the smartphone, chatting with Mike who just left Brussels to Antwerp.

I know these two boys. They both love sex. It seems only natural for them to get together while I do what I usually do, shooting. It’s something that has been lingering in my mind for a long time. How could you capture the chemistry and the passion between two people in this most intimate and unpretentious setting without making it porny?

Fortunately I know a bit about their life stories. Although Jacopo tends to appear very independent and so fetch (It’s literally in his instagram username), he wrote this beautiful text about his last relationship that showed his sensitivity and vulnerability, while Mike has been through some really tough periods. I find it difficult to figure out his mood. Maybe it has become an instinct for him to protect himself.

When Mike entered the room, they kissed as if they had been waiting for this moment for a long time. In no minute they were both naked, bodied intertwined on the mattress, panting. Nothing else mattered anymore. The intensity was electrifying. For a moment or two, I didn’t know how to respond to the situation. It was getting real!

I clicked the shutter on my camera, still amazed by the scene. It’s a little bewildering how so much passion could be generated between two people who just met for the first time. However, it’s also so honest and real. That’s the beauty of it. I remember there were raw moments mixed with tender ones, like when Jacopo pushed Mike’s head in the mattress in a very dominant way, when Mike put his hand on Jacopo’s shoulder after the orgasm.

The light created a beautiful effect on the boys. The highlight and the shadow were perfectly divided on their bodies, now, covered with sweat and other body fluids. I was very content with what I did and certainly with what they did. I am happy that I have captured something intangible on the photographs. The act might have lasted for a limited time but there is something everlasting fixed on the photographs. And it’s not just sex itself.