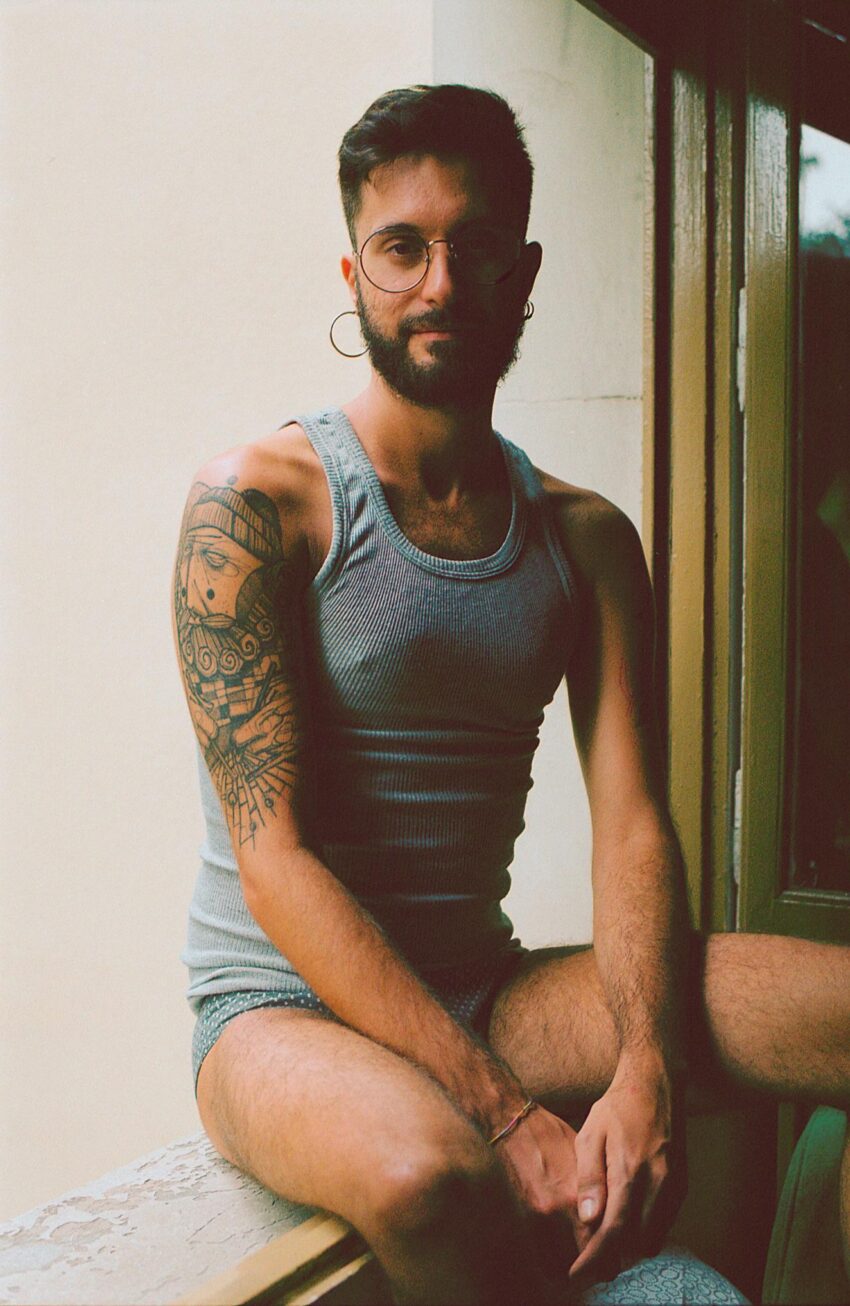 When I was a teenager I used to spend most of my time out, down in the streets. Though I had nowhere to go, I would walk in the city for hours. Often, when getting home, I would take off my shoes and find that my feet were sore with corns without even realizing it. Those feet sustained my first job for a long time when I was serving as a Union member cadet. When I fucked up a task, I was scolded by my boss with her godmother barrio commander in chief tone: “foolish head, weary feet”.

During a time my country was going through many crises, I managed to travel abroad—and try my luck next door—which was achieved through a lot of effort, favors and help. After getting some advice, I was offered a shelter house in Barcelona where I could stay for a while to put all my shit together: find a job and arrange my residence paperwork. I had just arrived in a city I barely knew. It’s already hard enough to leave the people and the social network I had known behind. It was even harder when I discovered I was not wanted in the house where I moved to. I was only allowed to stay if I paid, or if I had sex with the owner, an invitation I declined several times.

Amid this hostile environment, there was not a spot for me, not even a bed. For a couple of months I —desperately—passed through the streets until tiredness. From time to time, I ended up in a bed of a stranger, between those I wanted to fuck or simple hook-ups. In other cases, I woke up on friends’ sofas or mattresses or people I barely knew their names. I was later kicked out of this place.

By walking I liberated myself. I didn’t understand where I was or going, aimless. I only heard the resonance of my boss’s voice repeating the saying “foolish head, weary feet”. These memories —ironically—made me laugh. I couldn’t even pay for a bus ticket. The truth was that I barely knew where I was, and the very few people I got to know couldn’t offer any help at that moment. But on the streets, one gets to know new people and alternative realities. In the end, it is like connecting with random people to exchange information, tools, useful or trash advice, or just a moment to relax while drinking a beer, smoking a joint, and sharing a piece of bread.

After so much walking, and trying to follow some advice, I finally managed to find a job. I cleaned rooms for rent in Hospitalet and received shelter at one squatter house in the Cornellá neighborhood. In the years that followed, everything remained chaotic. With hard work, I tried to set new plans to get a better way of living. Then the pandemic was announced. I was dumped to the street after xenophobic riots took place in the city along with the people I was locked down with at the squatter house. It was during the second quarantine month.

With no job perspectives in Barcelona during the pandemic, a very good friend of mine advised me to go to France. Once again, my feet took me to unknown cities, while I was struggling for a living.

During my comings and goings, eviction announcements, and part-time jobs, I ended up living in Lyon for a couple of months. Even though I couldn’t interact or communicate nicely, due to the language barrier, I managed to go for walks in the city. I walked up and down the city, by the lookouts, the river, the Sunday market, gathering with friends, and rode to the town with my bike by the highway along the hills. I went there to rehearse for a little performance with my guitar in a cabaret I was invited to for a season in Lyon.

It has been a long time since I went back to Barcelona. Despite months passing by, I still do have belief. I am glad that I have always found places where I could drop my luggage during all these years. Whenever I can, after work, I go to the beach to get a refreshing bath when the sun is setting down. I come back home happy and bright.