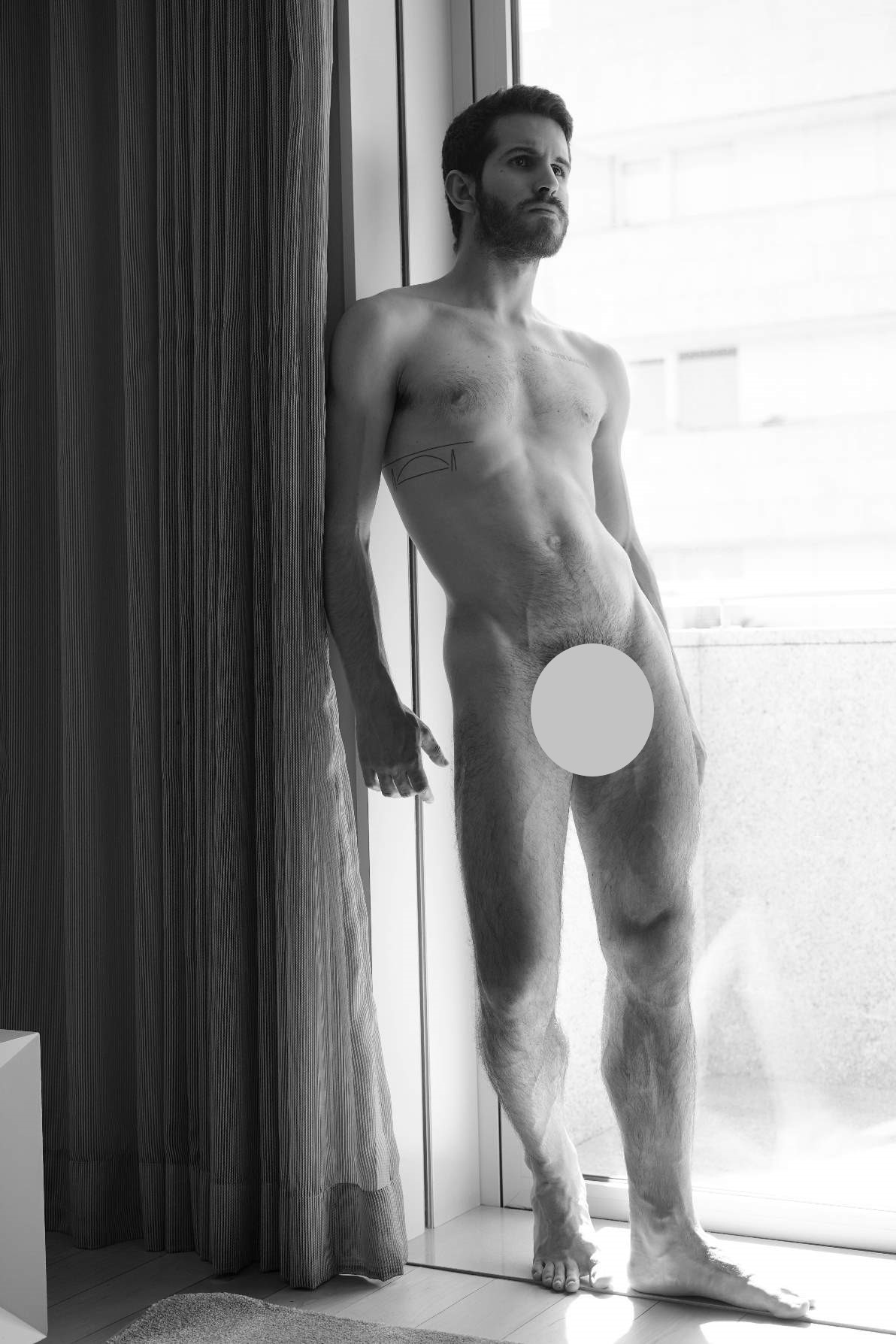 A few years ago, I moved to other country. There were many doubts and dilemmas. I consider myself a cowardly person, cos I’m still thinking too much about the consequences. Sometimes, I act on impulse as such a decision to move to an unfamiliar place because of personal dissatisfaction – ranging from unresolved relationships, or even the political situation. Sometimes I think I was in limbo, closer and closer to depression and without much perspective. Moving to Portugal completely changed my mood, as did the way I see the world. I was a little more relieved. I gained some maturity and independence a little sooner than I thought I could achieve. However, this allowed me to make other decisions, such as being naked in front of a camera, which I did not do a few years ago. Why not?

I’ve always been a quiet boy who prefers to listen rather than be listened to. However, I was never satisfied with my self-esteem. Which seems a bit contradictory, cos I’m always trying to get a portrait of myself. The process of accepting your own beauty takes a little time when there is always someone to compare you with. I have wanted to be taller, or to gain more weight, but fortunately I have had people around me to remind that this is just a detail. All the people around me were here to remember that they weren’t with me just for beauty. Including an ex-boyfriend who always said he’d rather spend an hour reading a book than an hour at the gym.

I believe I’m in the best phase of my life. I’ve completely changed my eating habits, now I have healthier relationships and I’m always open to new experiences. My impulse decisions led me to create unforgettable memories, which led to my first tattoo: SIC PARVIS MAGNA. Greatness from small beginnings. Some will guess where this phrase came from – and even reveal one of my favourite pastimes – however, it was moments like the first passionate kiss
after a painful breakup, or the unforeseen trip with someone incredible that made me decide to make the phrase everlasting.

Today, after having experienced a close relationship for three years, among others that lasted a few long months, I have been trying to develop the way I relate to people. I am afraid of becoming cranky about relationships, because I always think they are doomed to failure – either because of jealousy, or because of age difference, or being in a phase of my life that I am not giving priority to being with someone. Because of this, I have considered running away from relationships that are only monogamous, cos now I believe that people have freedom to be with whom they want, if there’s a true feeling between them.

I don’t know how exactly I discovered my homosexuality. Maybe around 15 years old, because that’s when I tried to include myself in this cycle – going to age-old parties with a fake ID to try to find out, for example. Sometimes I recognize how privileged I am. At first, I had problems assuming my sexuality because of a religiously oriented family, especially when it comes to my mother. There is a stereotype to be released regarding homosexuality, especially regarding sexually transmitted diseases. I remember my mother saying that I could die from AIDS, or even get beaten on the street. But the fact that my family had an uncle and cousin assumed made us have an example to watch. And they realized it’s not as bad as they thought. I can also say that my mother loves my ex-boyfriend and always asked for him for family lunch even after the breakup. I have friends who were not so lucky that they were expelled from home. And it is from these common stories in the LGBT + community that we realize how much we need each other’s support and build our own non-blood family.”