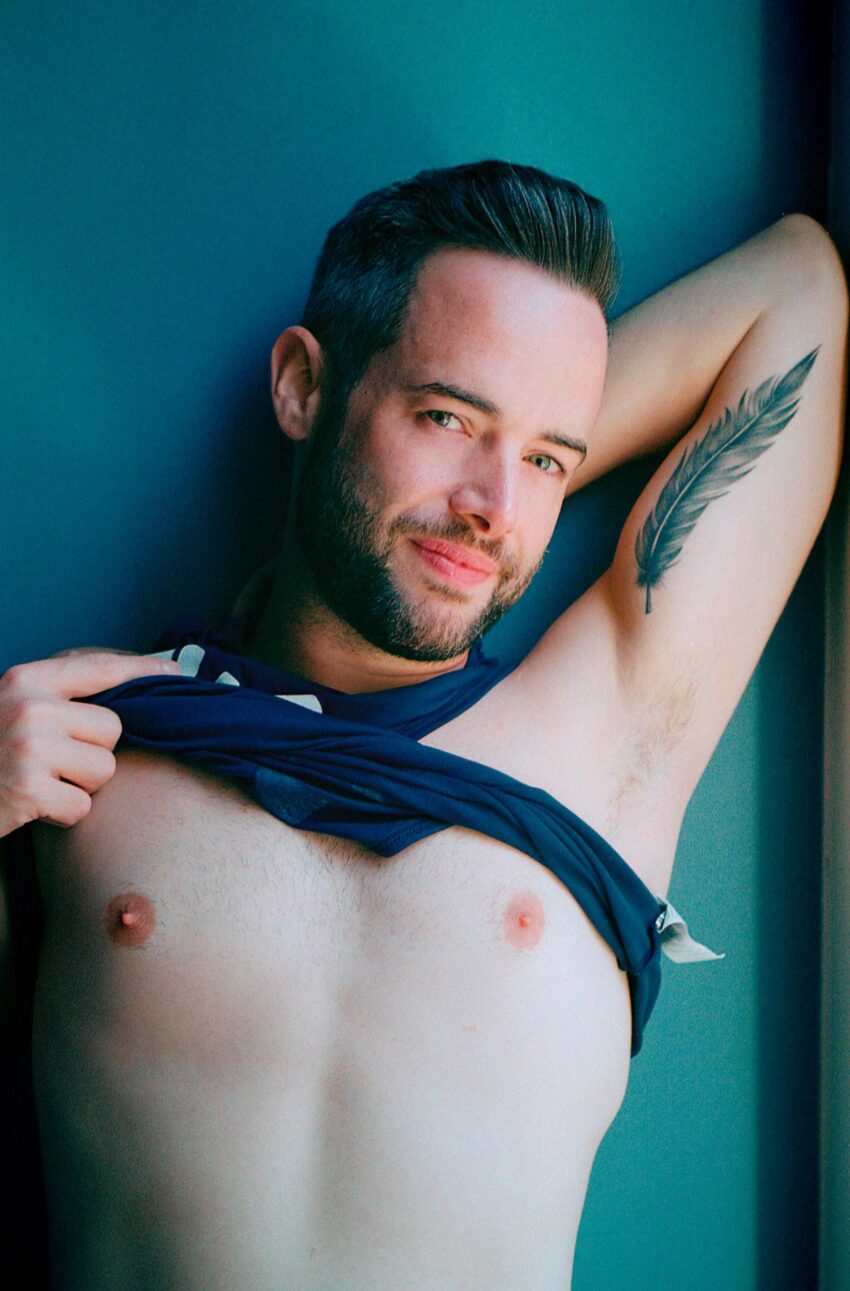 What do I mean by that? Well, lucky for all of the basics of my life, of course. But in a world where many want to change it, I am overjoyed about being a gay man. I spent a long part of my teens and early adult life making sure being gay didn’t define me. I wasn’t going to be one of “those”. It was just a small part of me. And so on. But embracing it is a different thing. Showing who I am to the world is liberating, strengthening and the greatest act of self-love I have ever done for myself.

Part of what held me back was The Black Dog. I’m not sure if this Irish phrase is a common concept elsewhere. I live with a Black Dog. Not a real black dog. This one is within me. He is the one who often controlled me, as a dog controls sheep. Negative thoughts. Lack of self-worth. Stifling ambitions. Accepting monotony, mediocrity. All of those things. But now, I control The Black Dog. I found the manual. The instructions. He will never go away, but when he appears every now and again, I know how to put him back in the cage. This came from a lot of learning about myself, and eventually getting to full-on pride in myself. Like levels in a video game almost. For what it’s worth, I love dogs.

Transience has defined my life in many ways. From Ireland. Erasmus in Spain. Worked in Poland. Now Sweden. Where is home? No idea. (It’s Madrid. Definitely Madrid. No contest.) To add to that, being a devoted solo traveler makes home even harder to pinpoint. The transient, temporary nature of encounters we have when we travel is something that our hunter-gatherer brains are not built to cope with. Or at least mine isn’t built like that. Traveling thousands of kilometres for a few days or weeks is not something we evolved to deal with when it comes to meeting others.

There is the pain of leaving a holiday romance behind. Or a friendship. Or the warmth of that body you lay next to. That body that matched yours in all the right ways, and in ways you never knew about before. The hand that fits perfectly with yours, which moments earlier was driving you to animalistic ecstasy. Or leaving behind the one who pushed your boundaries, in whatever ways that can be interpreted. Or the one who you made mad, sweaty love with in the middle of a square in Spain. Though mental rather than physical love, because every word you exchanged over those beers made you drool and both of you fall more and more in love.

Ownership is something I struggle with. I’m not sure what it is in my past, or maybe it’s just an in-built part of me, but I struggle with belonging to someone. Not in a sub-dom, master-slave sense. I just mean I struggle to open up, to make myself vulnerable, to let someone in, to give away some control, to be someone’s somebody. Maybe this is why I allow transience to define me. I can see the expiry date on my flight ticket from the start. So there is a defined way out. Or maybe I simply open up more when I’m away from wherever happens to be home for now. I’ve been lucky in love. But also unlucky. Meaning pain. So maybe now I’m protecting myself from that particular kind of pain.

For now, I’m in control. I know who I am, who I want to be, and have a rough idea of how to get there. I love journeys though, so it means space and time for many more encounters along the way. Maybe one of them will manage to make me vulnerable.