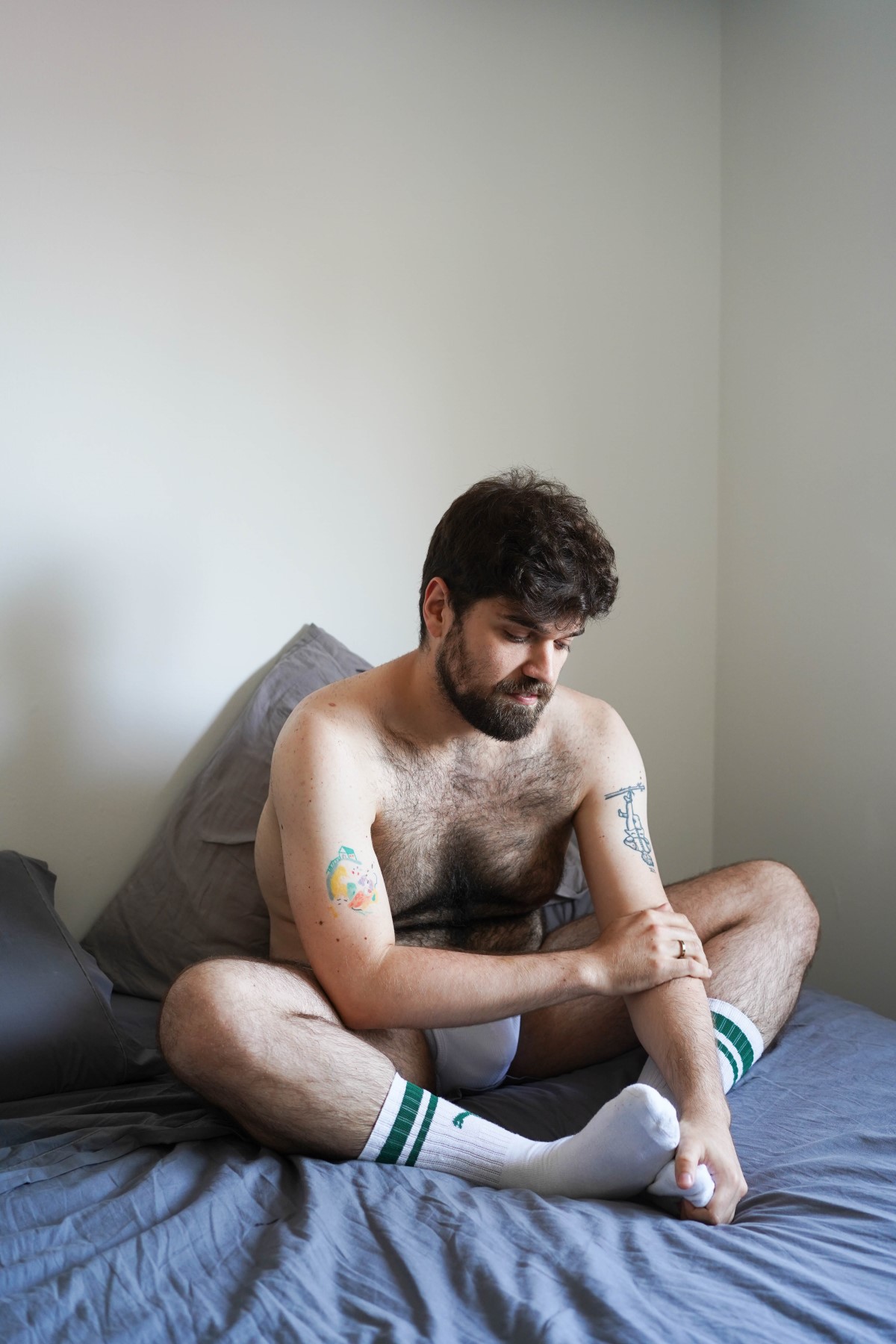 Today I took a step forward, leaving my comfort zone behind.

I never thought that I would sit naked in front of a camera, sharing my intimacy with someone I barely knew.

We met by chance. I reacted to your story on Instagram and you promptly asked me out for coffee. Over lunch we talked about our jobs and our hobbies. I was really nervous, because I was never good at meeting new people. During our talk you snapped a couple of pictures and quickly said you could do a photo shoot with me. I refused at first. I thought you were joking and I didn’t feel slightly prepared for something like that. But there was something about you that made me feel at ease, something that made me trust you enough to entertain the possibility of that.

We left the café and before we said goodbye you asked me again about the photo shoot. I told you that maybe someday when I felt better about myself. I went back to work. Lunch break was over, but the idea was there. It was an opportunity to step outside my box. To take a risk. To show myself as me. An opportunity I might not have had any sooner. I sent you a text.

I never really felt comfortable with my body. I was always the chubby kid who hated pool parties and physical education classes. Puberty hit me like a train and I got too hairy too fast. Taking my clothes off in public was a nightmare. I started playing it safe, always dressing baggy clothes and never taking them off unless extremely necessary. I would just shy away to go unnoticed. Speak only when spoken to.

I took me some time to break out of the shell. Over the years I started to develop a better relationship with sports, started working out and lost some weight. Love had a big part in that. At 19 I had my first serious relationship. She helped me start this journey, pushing me in the right direction. We were big nerds together for almost 3 years. At 23 I came out to my friends and shortly after I met David, the man who eventually became my fiance. He is the best thing that happened to me. He helped me with coming out and with finding my place in the world. He still does. He helped me understand that maybe my body issues were in my head and not my belly. We had our ups and downs and ups again. I thank him for being in the place I am now.

Today, at 27, I am (almost) at peace with my body and my mind. There are some bad days, but it’s mostly good days. I finally see myself in the mirror and like what I see. I just never thought I would share it.

During our shoot I started out shy. Being in the spotlight has always made me nervous. David was there in the beginning and that helped getting things started. As you took the pictures I began to relax. Shorts off. T-shirt off. Underwear off. I was naked, with nothing else to hide. It felt awkward, but so natural at the same time. I wasn’t really nervous anymore. It was something else. It was this weird awareness of every single centimeter of my body. Exposed. “How should my arms be? Where should my face look?”

We reached this part of the photo shoot where you asked me to be more spontaneous and I panicked. You told me to put my underwear on and take it off. I did it. One, two, three, four times. Each time I took them off I also stripped away some of my worries. It felt good.

In the end you asked me if there was any other picture I would like to take. I shared with you as much as I felt I could that day. We were done. I felt happy and accomplished. I did it! Thank you!