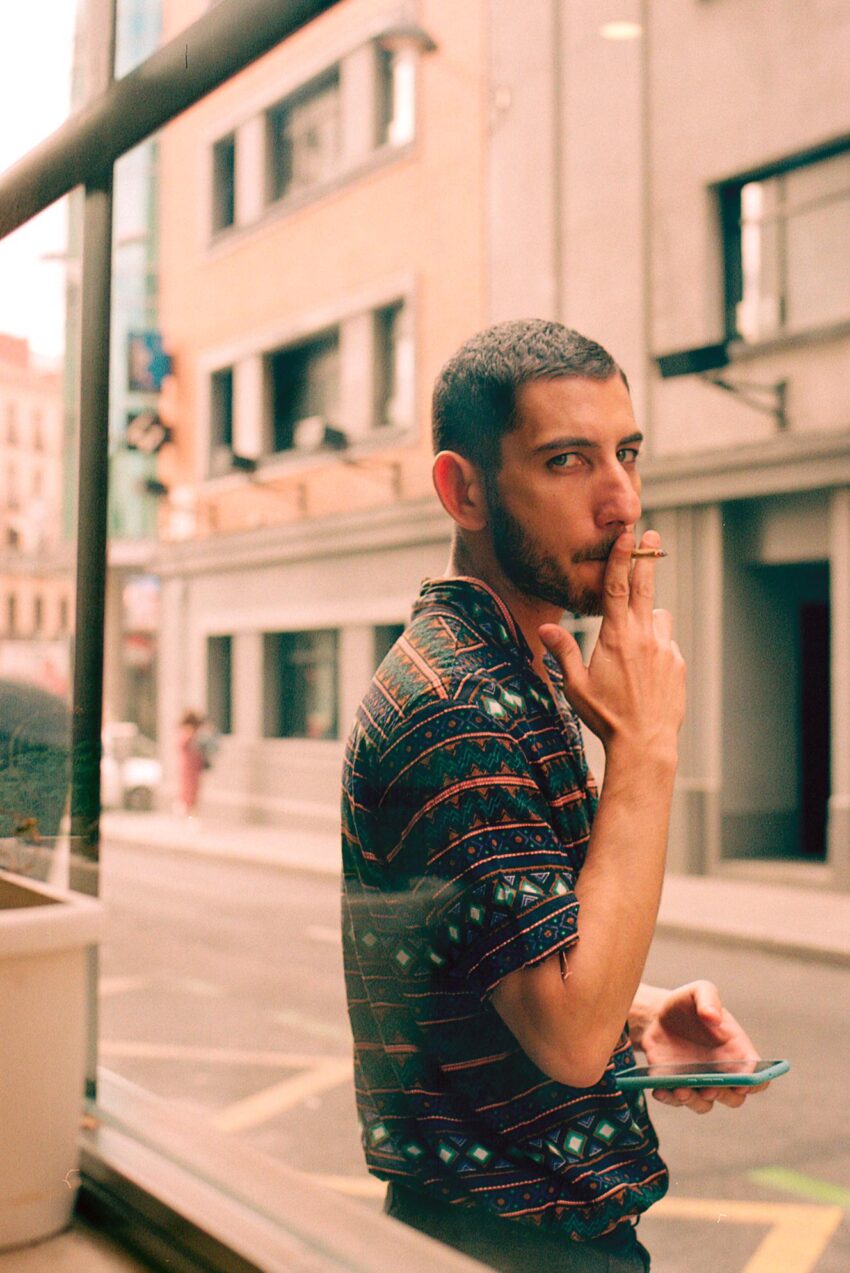 Being from Patagonia, Argentina is not easy, especially if in your town there are few people and a lot of staring eyes. It’s not easy for a faggot (feel free to use another similarly shocking word), I mean. The rumor mill feels like when your ears are blocked and you feel that eternal whistling sound… Well, that went on for 20 years. But at the same time, I don’t remember happier childhoods, sweeter lollipops and colder ice creams than the ones from the town. Playing until 1 a.m. when I was 10 years old and having no fears other than that of a horned monster coming out of the bushes that surrounded our deserted neighborhood.

Going to Buenos Aires wasn’t a bed of roses either. To the turmoil of the lights was added that of hormones, bodies and senses, but now the fear was no longer so idyllic or fantastic. It was a tangible, palpable and very real fear. Motochorros (“motorbike thieves”), wallet snatchers, pickpockets, express kidnappers and endless monsters with horns who had disguised themselves as people. To top it all off I had the bright idea of becoming an ambulance nurse, I didn’t know what I was getting myself into.

What I have seen in my 9 uninterrupted years of traveling like an amazon package in an ambulance has given me a unique perspective, which I am grateful for every day….To see the miseries and virtues of people with illnesses, accidents, incurable diseases, splinters in their fingers, or broken nails, is undoubtedly a religious experience (as my friend Enrique would say).

One learns from everyone and recovers from everything (except death and madness). Then changing the chaotic and exquisite Buenos Aires for Madrid was a “new beginning”; new people, new expressions, new bodies, but the chaos was no less. I don’t know what it’s like to live without chaos, maybe if they take it away I’ll go mad or maybe I’ll become sane. Here I am now in another branch of nursing, the care of the elderly. No less revealing than the ambulance, especially in another country than your own.

Mostly right-wing, Franco-worshipping people, it couldn’t all be chaos and happiness… But within that apparently homogeneous range, I have encountered good and bad people (like everything else).
That’s why it is necessary to escape, to express oneself and to express to others… Through art, reading, photo shoots or simply taking care of orchids.