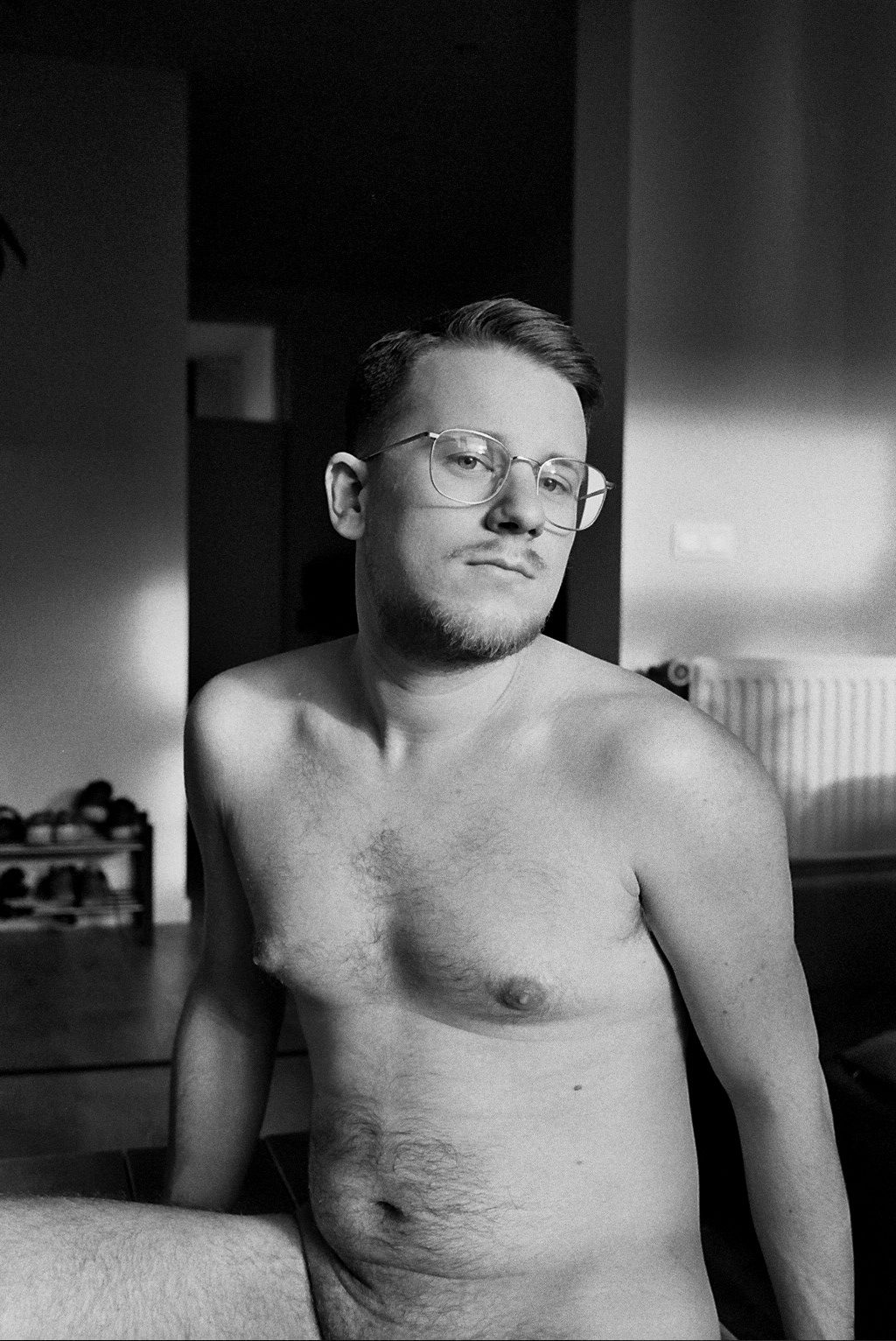 I’ve been told several times that I have sad eyes. I used to laugh that comment away. I like to think of myself as a joyful, playful, cuddly and flirty person. But now, when I look in the mirror, there is no denying. I see the sadness too. Something that’s been building up for the past 8 years and that has finally managed to take over my body. Like a lover it has been by my side for several weeks now. It’s there when I wake up and when I go to sleep. How I got to this point in my life? I’m still processing that. That means the story you’ll be reading contains a lot of guessing, and I don’t know how much of what I write today will ring true in a few weeks, months or years …

Like with a lot of queer people, sadness’ seeds got planted in my brain during my teenage years, when we get confronted with gay demons such as shame, internalized homophobia and insecurity. When I came out at the age of 19, I was actually doing a great job shaking off those demons. I studied in the great city of Brussels and got my first tastes of queer culture and sex. I even had an amazing lesbian mentor (I mean, goals right?!).

Then I fell in love and everything changed. The person I was with had a completely different strategy of coping with the gay demons. And that’s fine, we all fight our battles differently. But this was not the team I was supposed to be on. Suddenly there was no more room for exploring and I got alienated from everything queer. Shame and self-hate reintroduced themselves, stronger than ever. I put up with this situation for 7 years, did all the things couples are supposed to do. But none of it made me happy. It took me all my courage and the influence from some amazing new people to put an end to that marriage.

However, without that marriage, I lost my sense of purpose. So I latched on to the first new project that crossed my path. I started a polyamorous relationship with the people mentioned above (all 3 of them, but I’ll spare you the configuration of the polycule :D). People whose kindness felt alien to me, who made me feel like I belonged, who I could explore the concept of love with. New doors opened and I met a lot of people. I finally had the chosen family I had missed all this time. I experienced highs beyond my imagination. But, intoxicated by those highs, blinded by love and possessed by the radicality of what we were doing, I ignored the lows and several red flags (in other people’s behavior, but especially in my own). And if one of them hadn’t put an end to it for me after 6 months, I probably would have endured for another 7 years, because that’s just how dedicated I am.

All of the above, plus the fact that professionally/financially shit hit the fan at the same time (that’s another story), makes this the toughest period of my life so far. I’m suffering from depression. I’m taking care of scars from the past and taking time to let new wounds heal. I’m in this weird in-between phase of missing the life of the previous months while trying to move on. Of missing my friends while trying to make new ones. Of hoping that I’ll be able to see my friends again once I’m over it while also facing the possibility that it might never happen.

I’d like to end on a somewhat positive note and share some knowledge that I have learned from the past weeks.
1) When the sadness comes, it’s best to let it in. Don’t fight it. The pain demands to be felt.

2) Lovesickness is very much a physical pain. Try to feel and locate it in your body. And if you want to numb it for a while, pop a painkiller. But remember: it demands to be felt.

3) It takes getting hurt to understand how much you hurt someone.

4) Holding on to grudges does not give me energy. Being generous does.

5) Searching people are inevitably bound to hurt and get hurt. It’s important to stay aware of the people close to you, and of the consequences your actions have.

6) I know I will be alright. I can feel the sadness shifting everyday. Life’s giving me an opportunity. To feel, to analyse, to take a step back. To reset and figure out my boundaries and what it is I want from love and life in general. It’s time to become my own project. And stay dedicated.