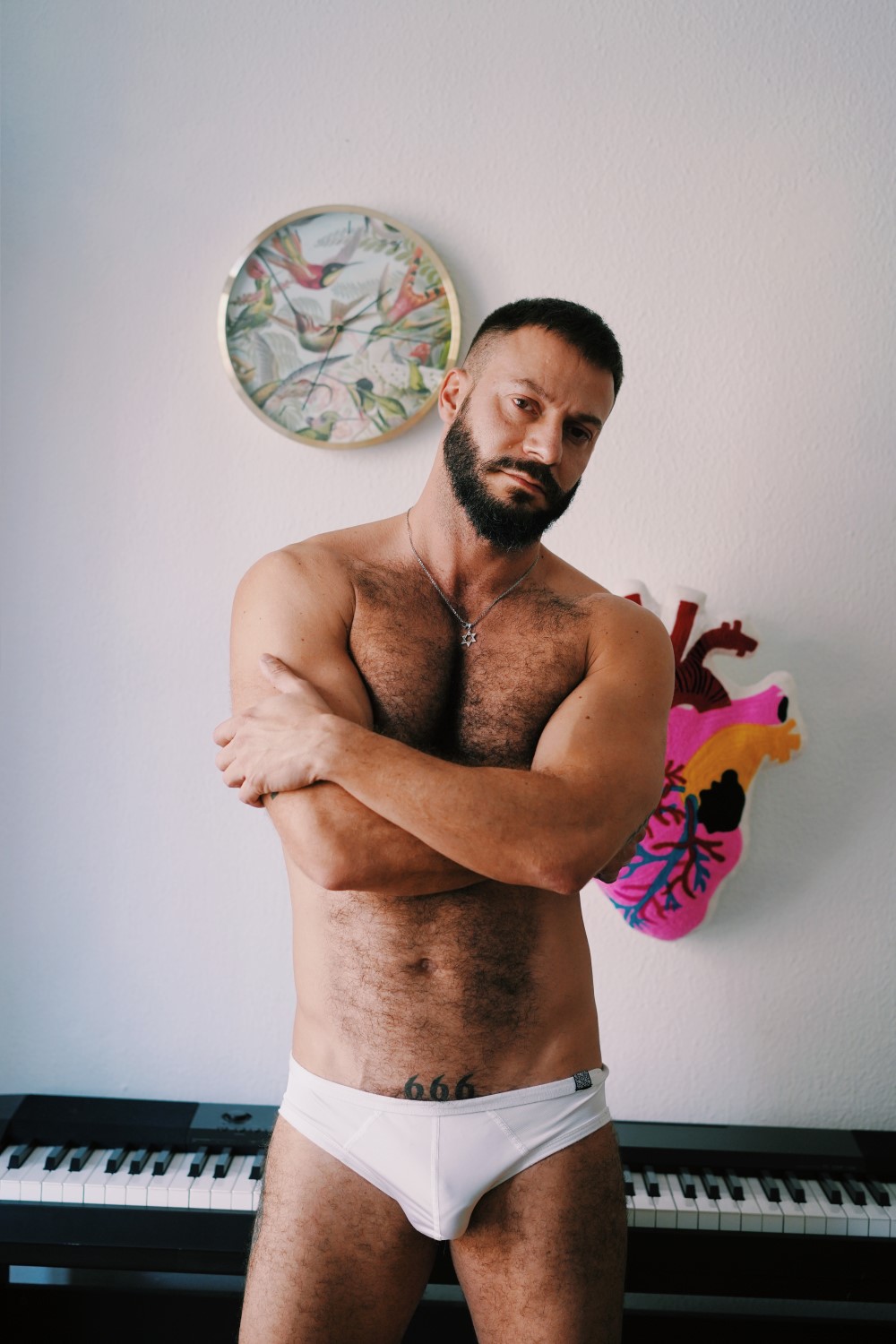 I was born in Extremadura, between oak trees and farmland. Perhaps that’s why people say that my character is sometimes tough and stubborn. I suppose no one liked their infancy but I survived it and when I had the opportunity I came to Barcelona.

I took with me the scissors and combs from the family business and arrived in Barcelona where later I started my own business. With respect to the boys, I’ve always searched for what my heart tell me to, although, sometimes, like everyone else, I screw it up. I’m not a person that everyone can get to know 100% because even though I am not modest I do tend to be reserved.

I reserve a part of myself for people who still make my heart pumping and beating for this world.

A few years I began to talk to Dani so that we could get to know each other. We spent a lot of time talking and planned to meet but because of the things going on in our lives it never came to fruition. With Samuel it was also 2 and a half years ago when I met him at a party, I wrote him later on but he didn’t pay much attention to me so I moved on. I don’t know if it was destiny or what, it was perhaps not the moment that we were supposed to meet.

Suddenly, things started happening without us even realizing it; on 22 April Samuel wrote to me and we began to talk a little bit more each day until we met. And through the coincidences of life, it was Samuel who introduced me to Dani again. Little by little the three of us got to know each other, although we were not together. Samuel was our link. It’s true that in the beginning I considered Dani as a rival, haha, but with time I came to know Dani, thanks to Samuel, not as a rival but the complete opposite; he’s the other part of the triad. Finally Samuel decided to take the next step and propose that we 3 become partners, I happily accepted.

I didn’t know Dani well, but slowly we were breaking down barriers and although we have still have a lot to learn, now I know very well that I need them by my side. They are my boys and each one provides me with something I need. I begin to think about it and I’m not sure what will happen, but I love them more each day. I love to care for them and spoil them. I know I’m not perfect and that my stubbornness makes them suffer a bit but I want them to know I am stubborn not because I want to hurt them but because I’m just that impulsive.