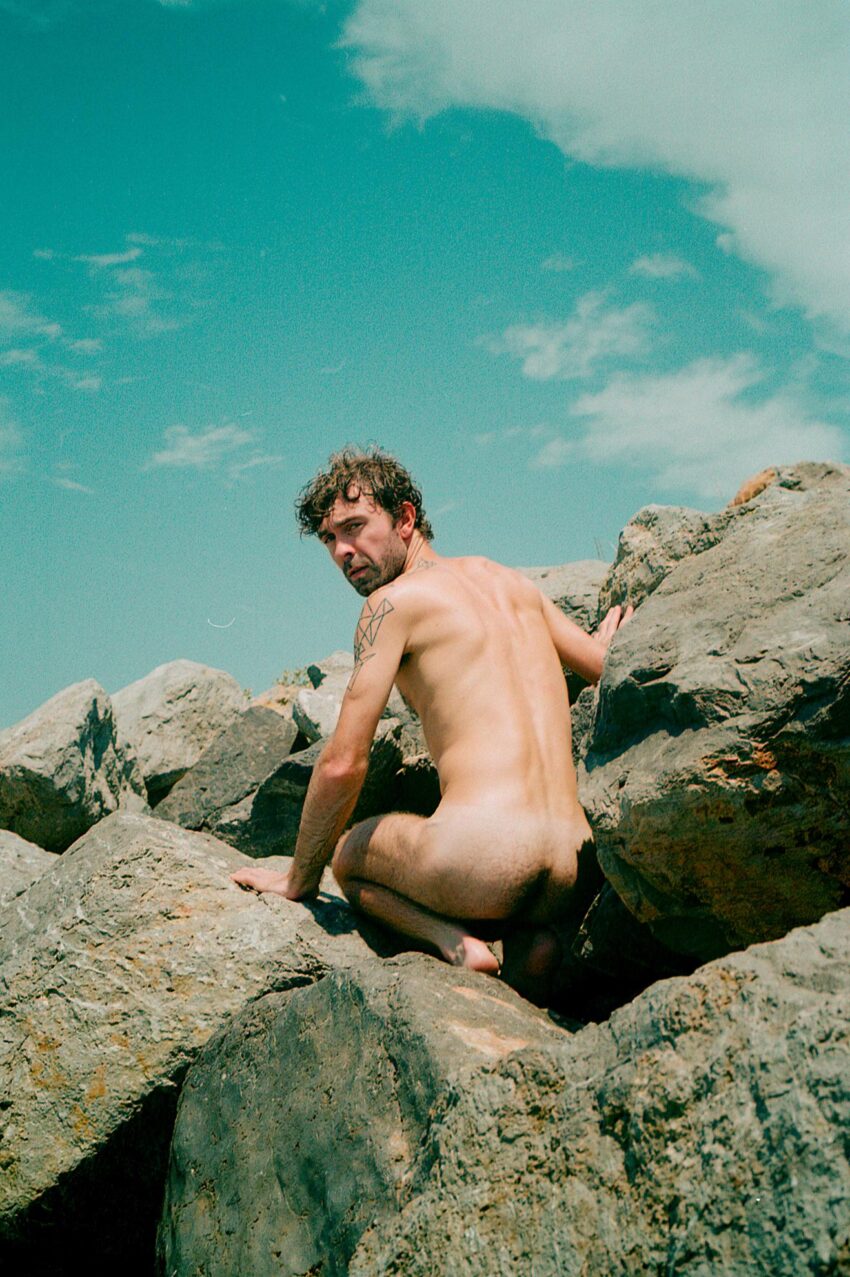 My name is Lucas, I’m 34 and it took me 3 boyfriends to get here. To get where? Here, home, Barcelona.

A couple of months after I met my first boyfriend I was offered a job that required me to travel a lot. The repeated cycle of packing my luggage on Sundays and unpacking on Fridays started to redirect my life and to open up new horizons, letting me meet people, see new places, ask questions, and look for answers. Back then I did think that he was “the one” and it was such an innocent idea. Now when the whole world was opening up to me, I could not fit in his anymore. I wanted to explore, I wanted to experience, I wanted more.

My second relationship started a month before I was about to move to Spain. I met a man in a bar in Poland a few days past Christmas. He was tall. I remember his chest was well marked by his T-shirt. A few weeks later I gave up on Barcelona, choosing a relationship that would last for 2 weeks over my plans. It was a reason for me to stay in my comfort zone I suppose. Shortly after, he told me he was going to move to London and it would be nice if I could come along. So I did. In the end, we fell apart. I wanted to prove to him badly that two guys could build a family, but if the will is not mutual, it doesn’t matter how much you want it…

Finally, in 2015, I landed in Barcelona on a morning flight from Gatwick, eyes full of tears, scared. Once again I was just about to start from zero. Also, it’s been 2 years since my first intent. In the beginning, it was all about “do you speak English?” question… language barrier trouble maker – meeting tourists, having random sex, giving a good morning kiss, and never seeing these people again.

One mid-October evening, I said yes to an Instagram date, and it was “that guy”. He was wearing a tee with leopard print, I remember, he had hairy arms and these beautiful sparkly eyes, and a bit weird laugh too. At the end of the date, he kissed me when saying goodbye, and after that, I couldn’t get my head around the thought of not having him by my side every morning the minute I woke up. He would be the next one to take my life in another direction. It’s been over two years that we are not together anymore, but I am the lucky one to have him in my life as a best friend.

It’s been a long journey. This year was rather hard. Many things happened. I think I have been looking for a man’s hug so badly that I have forgotten how to hug myself. The other day, during the therapy session, I have said that if I had to choose between an amazing sex date with multiply orgasms and a hug, I’d choose a hug. Not sure.. is it sad? Is it that I got older? Or it’s just this one hug that could let me fly for a few seconds. These few seconds when all bad things are gone, and you feel like ´can someone put the world on hold please´. But then? How long would it last? Can you keep hugging forever?

Yes, you can! That’s what my psychologist says, and I do believe him. It’s just a matter of learning how to hug yourself. Once you get there, you will be able to hug anytime, anywhere, and for as long as you wish. It’s great, isn’t it? I’m still not anywhere close, but I wish I can get there sometime soon. You learn things on your way there. I don’t want a man’s hug to be a daily need, a missing puzzle, a solution for everything, an addiction. I just want an extra pair of hands, running around my shoulders, my neck, extra pair of fingers, touching my forehead, and smoothly brushing my hair, extra pair of eyes, looking right into mine with a sparkle, extra pair of lips, moving closer and closer, so I can hear the breathing…

I fantasize about it a lot I guess, as it’s such a beautiful act of crossing someone’s intimate borders, an act of communicating with someone without telling a word, it’s like you are hugging yourself, but this guy’s hands run over yours…  it took me 34 years to get here.