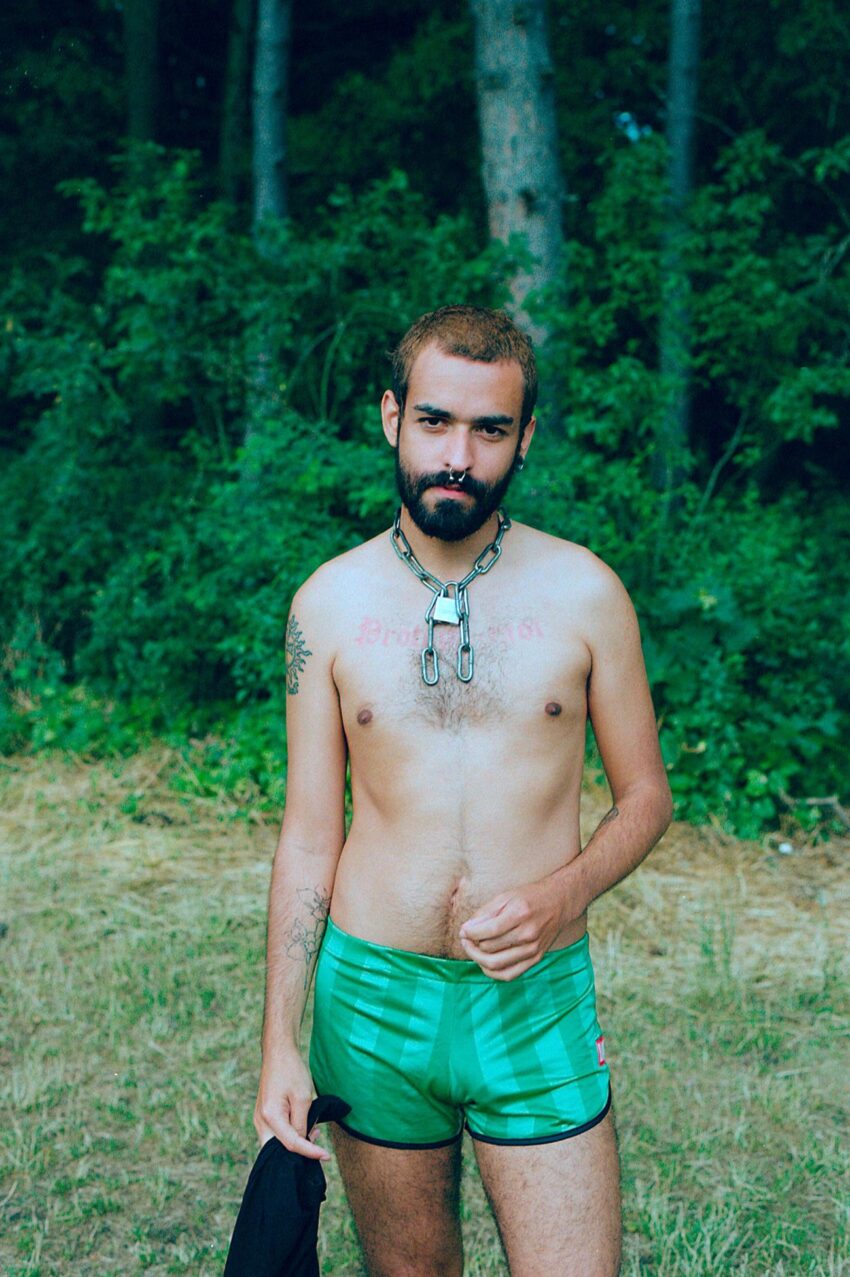 I grew up and noticed that what turned me on was the hidden sex, because it was my reality and it was what I knew. But as I grew up I gained a little more freedom and that changed my sex life a lot. But I must admit that between getting fucked by a boyfriend at home or getting fucked by several strangers in a dirty bathroom, I still take the second option, even though I am a person who also loves to have sex at home with a boyfriend. Confusing? Not for me.

I come from Rio de Janeiro, Brazil, where crime is high, homophobia is intensely scary and sex in places like public bathrooms and parks can be a big risk. But it was always the risk that turned me on the most. It has always been the fear, the forbidden, the whoring and other things that have always captivated me. Since I moved to Berlin that sense of risk has decreased by about 99%, but the level of whoring has intensified by about 900%.

What I used to hunt in danger zones, I find naturally just around the corner. Outdoor sex in the middle of nature has become standard in my life. What has changed the most is that in Berlin a lot of people have sex in these spaces, especially in this period of Corona virus, so I stopped having sex with so many strangers since I ended up making friends with more than half of the men I have sex with. I laugh and joke when I think that I have almost a dating relationship with my friends that I met sucking on the bush. But in these sex hunts, I have met amazing people who are part of my everyday life. The hidden has become exposed. Fear has become a comfort zone. The unknown became affection and friendship.

But it wasn’t always like this. Here in Berlin everything depends on where you live and the people around you. The Germans are very cold compared to the Brazilians and as soon as I arrived I realized that with them it was just sex, a superficial chat and the next day you didn’t exist anymore. It was like this for months until I noticed this cyclical behavior that left me alone, I was 10,000 km away from my family and friends in Brazil. Then I realized that foreigners give more support to each other and this was the biggest change in both my affective and sexual life.

To see myself distant from Brazilian conservatism and to see myself within a society with a more affluent sexual freedom made me better understand my sexuality, my desires, my body, and my fetishes. For as much as I was already a little more open, deep down there was a slight sense of guilt that we carry when we grow up in a conservative Catholic society. And I can conclude that moving to Berlin was a huge change in my life and every change hurts. Change is not an easy task, but it can be less complicated if you are open to change.

Sexuality influences thoughts, feelings, actions, and interactions, and therefore physical and mental health. Open yourself, explore yourself, go deeper in yourself.

We planned to do the photoshoot in an abandoned building, 20 mins away from Neko’s apartment. When we arrived there, it turned out that the building was demolished. Actually, the whole area had been cleared out during the pandemic lockdown period. We were both shocked and bewildered. The pandemic definitely changed many aspects of our lives and the city. We were resolved to move to Hasenheide Park which lies in the middle of the city. Neko told me that it’s famous for its cruising area and parties. I knew Berlin is a safe haven for nudists and cruising is legal, but I couldn’t turn my head around, seeing how busy the cruising area was. So we started finding the right spots for the photoshoot. Funny thing is that, as soon as we started, Marco appeared from nowhere. Marco, an artist friend, was walking down the little path among the trees. We laughed! Oh my god! What a funny place to run into each other. He texted me later, saying he would take a rest in the FKK area (free body movement). I answered, come, if you want to join the photoshoot. Then he did! They had both some fun!