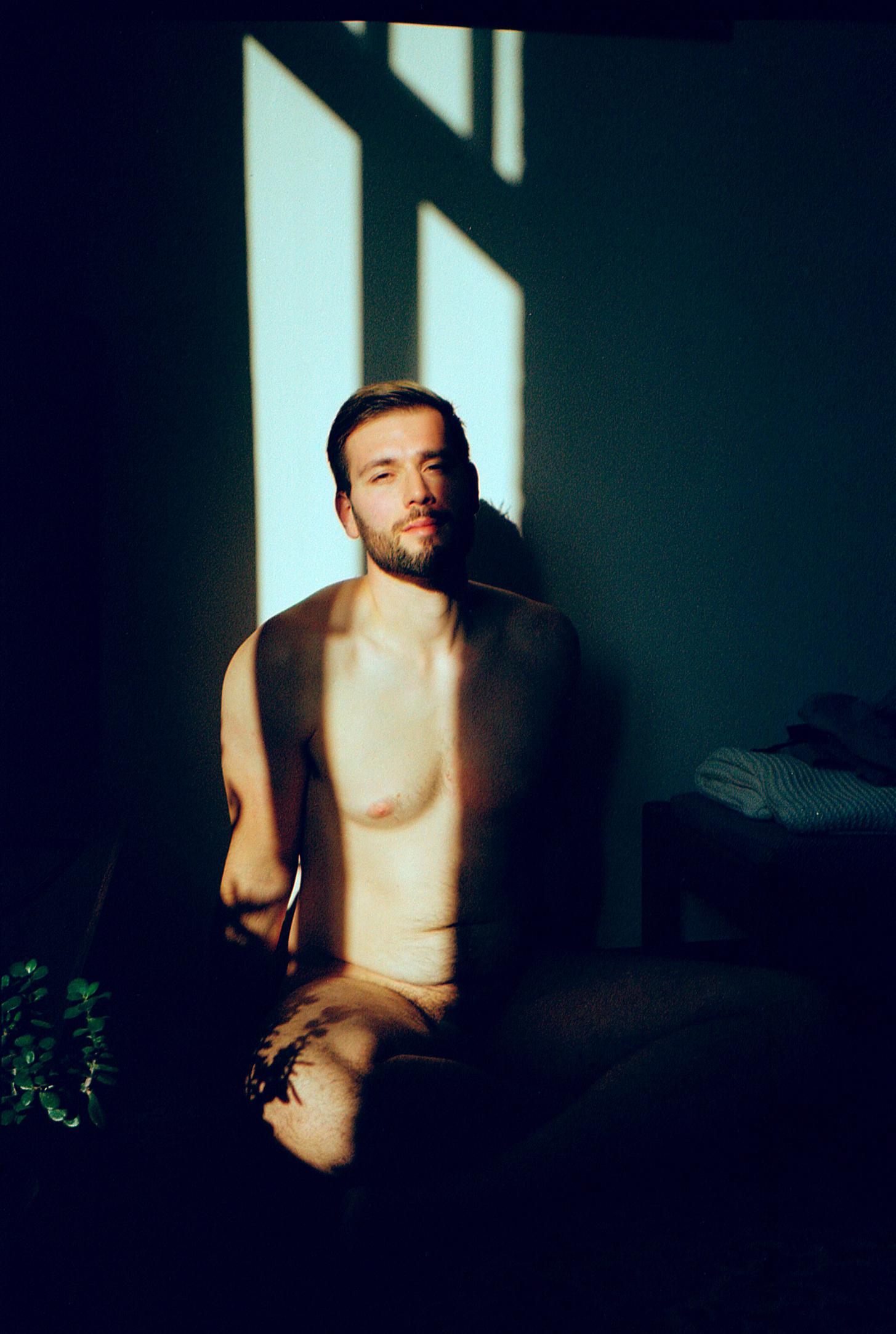 A little bit over a year ago I had a date with a guy I met on Grindr.

We met on an ordinary, cold Thursday evening. Just going for a drink to get to know each other, nothing sexual or too serious.

When I saw him for the first time, I was surprised how beautiful he was. Standing in the city square, wearing a puffy jacket and thick, woolen gloves. As tall as myself, perhaps a tad taller, strong broad shoulders, soft, black curly hair accentuating his brown skin,  the most beautiful, vibrant eyes, thick lips hiding a smile and the cutest little freckle under his right eye.

We went to a charming old fashioned living room-like bar. A centuries old room lit only by candle light.

We talked. But not about the things I would usually talk about on a first date. You know, meeting someone always lead to the same kind of conversation, asking about each others interest, career, or if you’re really feeling uninspired, about television shows.

I don’t remember us talking about any of those things. We talked about dreams, not who we were but who we wanted to be. So vulnerable, so fragile.

It was the first time since very long I felt I could talk about things like that without regretting it. I sensed he felt the same way. Telling about his aspirations and hopes made his dark eyes sparkle with joy.

His story is remarkable, a Brazilian boy, moving to humble little Belgium for love, falling out of love again, but somehow preferred this small medieval town over vibrant Rio.

All night long we drank red wine combined with some kind of liquor the owner kept offering us.  After two or three glasses I had to confess I rarely drink alcohol, so I was getting very tipsy very fast. He said he normally doesn’t drink alcohol either and was getting drunk as well. We kept drinking anyway.

We sat at the corner of a long table. Feet touching, sitting a bit closer any time on of us got back from ordering, legs touching, caressing arms, thighs, accidentally touching hands and not pulling back. We kissed and just looked in each other eyes without saying a word for what looked like hours.

Our bikes were parked only a couple of street away, but it took hours to get there. Kissing after every two steps, hugging, holding each other.

We already met the day after, he was coming to my place and I was going to make him some tea.

We didn’t get to drinking tea.

The moment he arrived we kissed. We spent the whole evening in bed. I don’t remember us having rough, wild sex, it was just very tender, very sweet. Discovering every inch of his gorgeous, muscular body. His legs were tall and elegant, hard and strong, the perfect hybrid of a ballet dancer and a wild leopard. His dark skin, soft and smooth covered in the finest layer of tiny, black curly hairs. The scarce light in my bedroom highlighted every single muscle in his body, creating a stunning picture of light and shadow. His back was sculpted out of black marble, his broad chest carved out of sandalwood. His soft lips as sweet as cotton candy and eyes reflecting the deepest of the ocean.

I felt happy just being with him and he was getting very enthusiastic. He almost told me he loved me twice, Brazilians can be very intense.

I would see him a couple of days after, on Tuesday.

Around noon a sent him a text if meet around 4 would be okay. He didn’t answer. Not after 3, not after 4, not after 8. The double check marks didn’t lit up blue, but i could see he was online.

I sent him a text the day after, without any response again.

I don’t fall in love easy and I certainly wasn’t in love with him yet. But it is very rare that I meet someone who I get really enthusiastic about, somebody I look forward to to seeing. Being ignored or just bluntly getting cut off by someone you like hurts.

I am that desperate kind of person who will text again after being ghosted, so after a week I asked him if everything was okay. He replied a day later, telling me he was falling in love and he liked me very much, but was’t ready for a relationship or anything like that at the moment.

I can’t really argue with that so that’s just where it stops. It feels so weird, going from so much joy and excitement to absolutely nothing so harshly.

I saw him once later, running in the city centre, just briefly. Enough to make my day and ruin my week.

Sometimes I see that he liked or saw a picture of mine and I get a little bit happy.

And just maybe I wrote this all down hoping he would read it.

I texted Timothy on Instagram when the 2nd lockdown just started in Belgium. It was overbearing as if suddenly all the prospective was taken away and we couldn’t see the light in the tunnel by the surge of corona infection in a short period of time….. Solidarity and caring for each other had become never more important. I wanted to see Timothy again, after we did our first shoot over one year ago. It’s a perfect reason to accompany each other in this hard time and to take a walk on the beach with my dog, Luna. It turned out to be a great day.

“How are you doing, Timmy? The lockdown is tough.”

“Yes I know. Sometimes I’m totally fine and then sometimes I feel lonely and wanna cry a bit.”

“Let’s meet up and go to the sea. We will walk my dog together.”

We met at his apartment in Ghent. Luna was unusually happy. Nothing could lift her spirit up like a good road trip. She’s already jumping and running when we got off the car.

The 2nd lockdown is hard, much harder than the first one. As Belgium entered into Autumn, the weather started to get gloomy and cold. There’s little hope that things would get much better before Christmas. Prospective is pretty much absent.

So it felt really nice to meet someone, chat about our lives casually, then take a walk on the beach. We need to live as much as we can and keep it responsible.

We arrived at the Panne, in the north of Belgium in the late afternoon. We wanted to wait for the sunset. The dunes and the natural reserve were stunning. I wondered why I hadn’t been there more often.

We had a wonderful time there, playing with Luna, and watching the sun slowly set. When we left, I was starving. Since all the restaurants were closed, we had to go to the McDonald in a nearby city where cars were lining up in front of the drivethru to get the food. It’s such a comic situation.