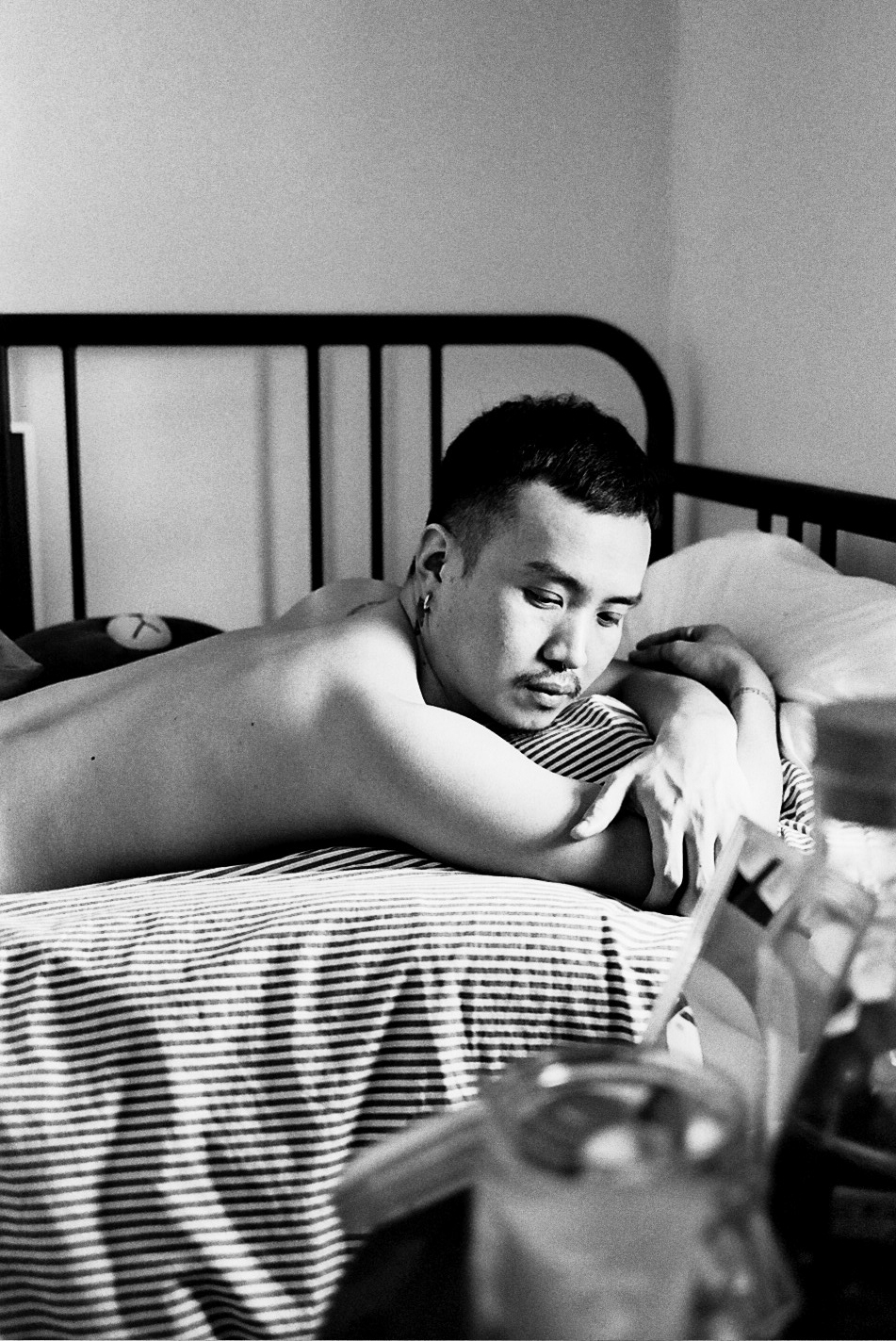 I am a 33-year-old designer living in Korea. I am trying to talk about myself but I’m not quite sure what I should talk about.Frankly I am not really a good writer. I once tried publishing a web comic serially but I had to stop because I couldn’t write the story lines, lol. So I am trying to keep this as short as possible, and even this isn’t easy for me.

I prefer drawing a lot more than writing. Since I was young, I’ve always liked drawing, and sometimes I draw people around me or people that I like. That’s how I started the web comic thing as well. I’ve also tried many different things in my life. From daubing walls with mud, a lot of part-time jobs, to being an assistant at a craft workshop. Now I am doing graphic work at a jewelry company, but I will probably be doing something different in a few years.

Last year, I learned about jewelry work and tattoo work, and I am interested in accessories.The Korean society is still very conservative, and people here tend to think of piercings and tattoos as something bad.Often, people stare at my nose piercing on the subway. I think things such as piercings and tattoos help me express who I am better, so I like them. So probably in a few years, I will be tattooing and also making jewelries. I get excited when I imagine myself doing these things in the future.

Being a 33-year-old, I am not too young, but I haven’t really had a proper relationship yet. So there is not much I can share, even if I wanted to talk more about this subject.

It’s not that I am not interested in dating. Even when it comes to film genres, I like romance a lot more than horror, thriller, or fantasy.In fact, I get lonely very easily. As a kid, I used to sleep next to my younger sibling, and I still like to sleep with others in bed. I want to have a relationship, and I want to live with my lover. It’s just that it’s not easy.

I was 25 when I first met another gay person. I wasn’t even sure about my sexual preference until then. I thought maybe I would be bisexual at first, but the more gay guys I met,  the more I was sure about my sexual preference.I have met many different people and made some good friends, but sadly I haven’t had a proper relationship yet.  Among Korean songs, I like this song called ‘나만 안 되는 연애 (Only I Can’t Love)’ by BOL4. It feels like the song is about me. Also I like ‘스토커(Stalker)’ by 10CM. Well, I still have many days to live, so I haven’t given up on love.

Maybe I am being too naive, but I would like to experience true love that makes me want to sacrifice my own life for it if I have to.Will this be possible? Maybe not in this life, but I still desire for it.Just like that line of Mathilda in film ‘Léon: The Professional’: “I want love or death.”