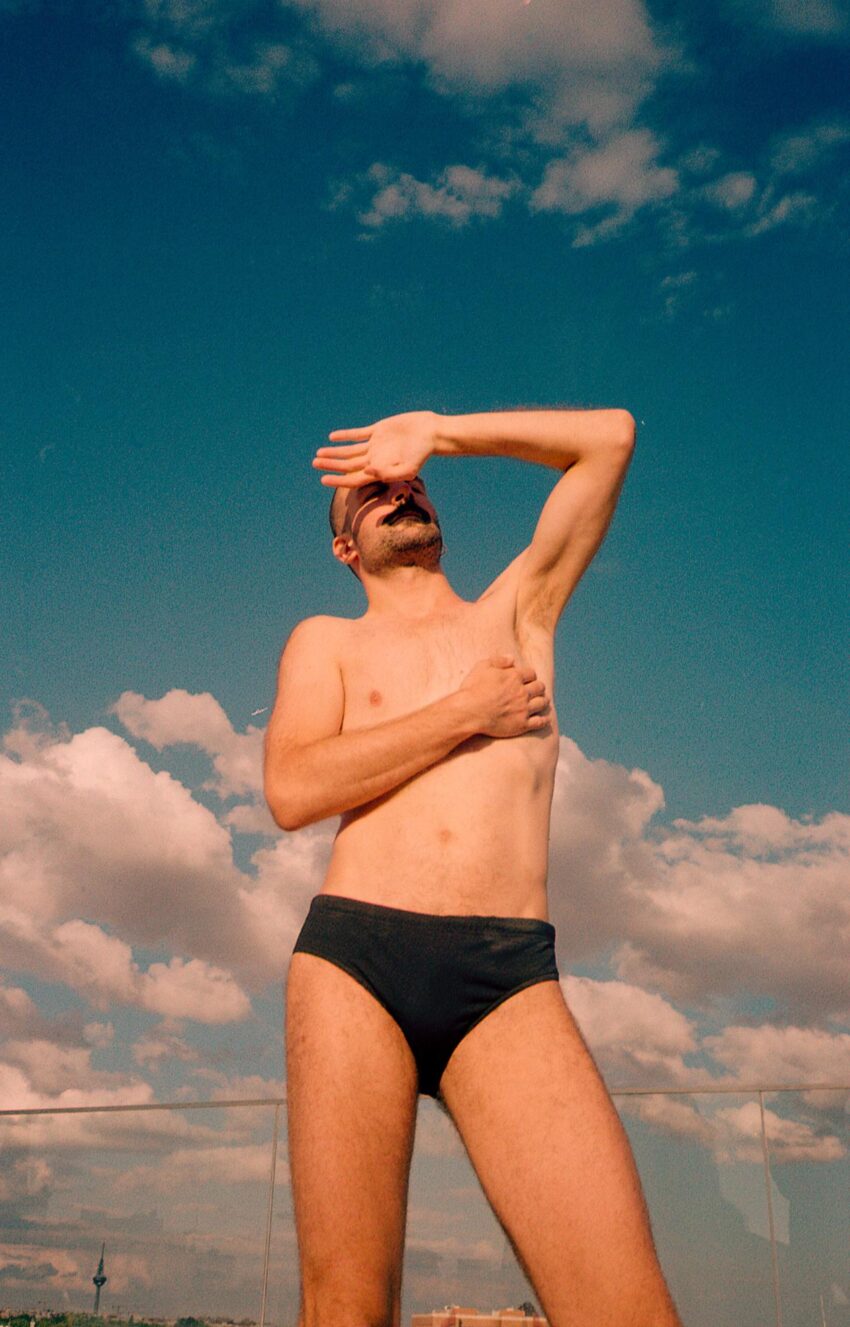 Behind you, there is a heart and feelings. Behind me too. I’m not tough at all, I’m as fragile as glass. I hate being hurt or left, just because they think of themselves. Leaving a relationship, standing someone up… it’s become very common. Even I act the same way in this shallow mindset. Some time ago Cristian did a photo session with me and told me to write him a story for the photos. As time went by I wrote one for him but he wasn’t convinced. This year he has come back to Madrid and he has come back to take pictures of me in my house. He is still waiting for a story. Like him I have feelings and I suffer.

Sometimes we don’t see the person behind the camera, because sometimes the model is just a mere “object” that the photographer wants to provoke and arouse. That’s part of the reason why it was difficult for me to write this. This story is a personal one.

Throughout my life -I am not very old- but in my adolescence, I have suffered bullying at school. I was picked on for wearing a fluorescent yellow anorak to school. It was a present my parents had given me. From that day on, they gave me a “nickname”, which I had to put up with for several years.

One year my grades were not very good and I had to repeat, and I remember when the maths teacher “Rufo” arrived in class one day. He started calling me by my surname to make me get up and go to the blackboard. Every time he wanted me to go he would sing “Tiriti Tran to the blackboard”. My surname is Trancón. From that day on I stopped being called by my “nickname”. And to this day I am very happy that he was my teacher.

We all suffer, we all cry, we all feel. But the fragility of some of us also plays tricks on us. Because someone else can come along and step on you. Without caring in the slightest. From my point of view, we have become a “use and throw away” society, be it things or people.

With the pandemic, we have become more selfish and we only look at ourselves. Have we changed? I think we have, but for the worse.

Maybe I lack empathy, although sometimes I think I have too much. I try to do things well and be good, but it is useless. In the end, I’m the one who suffers. I’m one of those who said that life (family, friendship, couple) is complex. I’m not one of those who, if I don’t like something, radically remove it from my life. Maybe I should do that, but it doesn’t suit me. Behind this façade, there is a heart that feels and beats. But little by little it has created a shell to avoid the pain.

I was once told that “better alone than in bad company”, I doubt it. If you love someone you don’t hurt them. If you value what they do for you, you push them away. It’s something I don’t understand, but as I said before, it’s the society we live in.

So much for my story. I am as fragile as glass and as light as a feather.