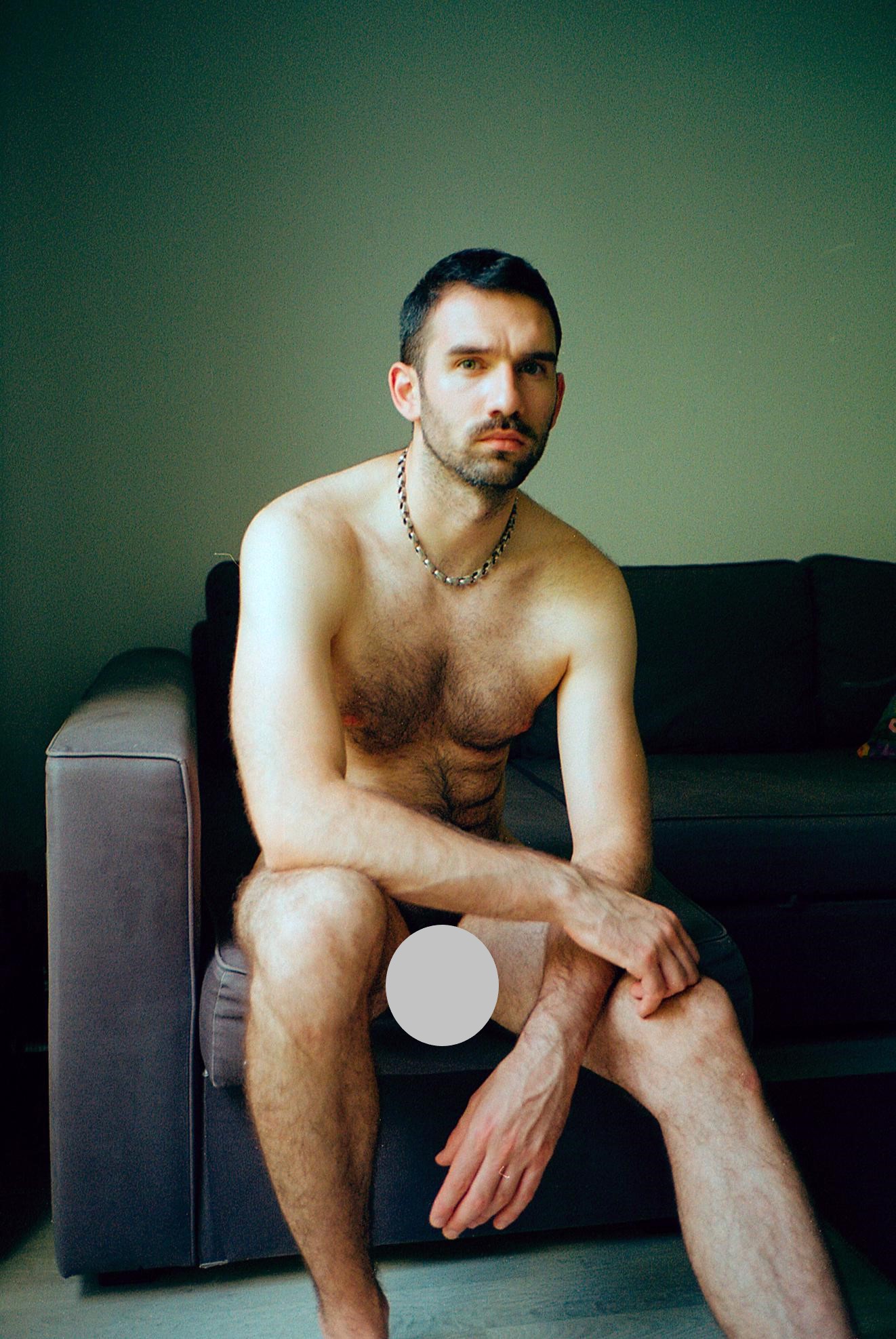 Although I draw nude models pretty much every week end, I don’t really have a story to tell about nudity.

I was thinking a lot to find an anecdote, but the more I thought about it the more it brought me back to a very simple night in January 2017.

Back then I was starting a new job as a frame maker.

After years trying to find my way in Paris, I was finally working in a field that was deeply rooted to my personality.

Very quickly after I started this new job, my boss and I had to frame all the paintings of an American artist for an upcoming show.

As soon as I first saw the paintings I understood who this artist was.

He was known for his murals and his homoerotically charged pieces.

I never had the chance to meet him during the process of working on the show. But a few weeks later, my boss told me to contact him.

He was looking for models in Paris and didn’t know too many people at the time.

I thought this would be a one time experience and regarding his career and how busy he is, I assumed it wouldn’t get further than this one standing for him.

Eventhough, I was really excited to model for such an artist.

So we plan a session together.

I meet him and his husband in their small Parisian apartment. Actually so small I wondered how he could even work in there.

We figure out how to arrange the set so I can pose comfortably. Having a drink, talking about a lot of art related things and finding a lot of mutual interests while he was drawings me, nude on their sofa.

I think I modeled for 2 hours altogether that night.

Taking this chance to model for him has totally determined my life path since that day.

We actually clicked right away, and kept on seeing each other. At first for drawing.

But quickly he and his husband became some of my closest friends.

He eventually pushed me hard enough to get back into drawing and life model portraying.

My entire artistic practice and a big part of my life trajectory have taken an incredible direction since that night I sat nude on this sofa.

A big part of the most exciting things that happened to me in the last years are pretty much just because of that night.