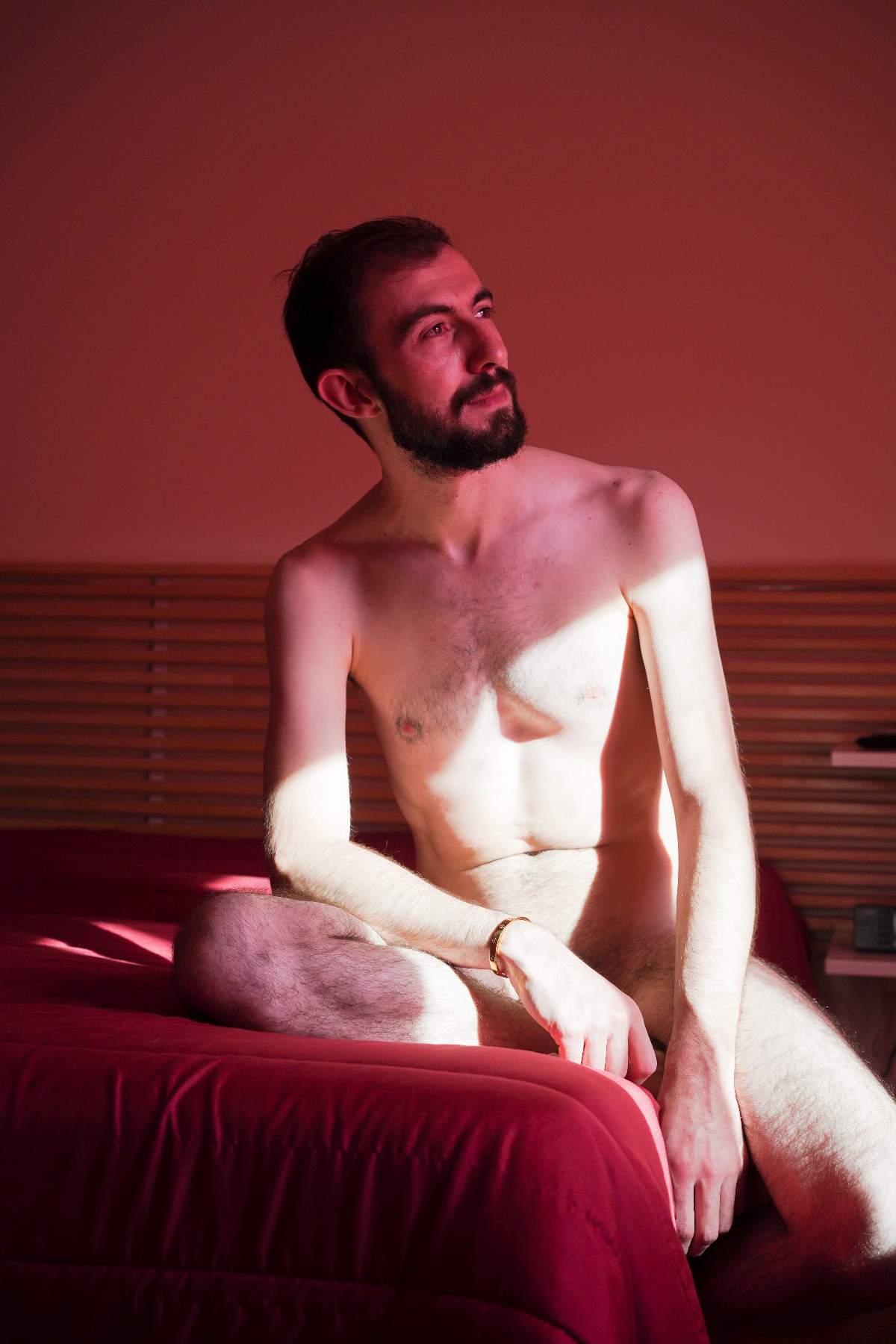 Talking to you about me is talking about someone I can no longer get back to, someone that I know from the past, the path that led me here and now. And yet the person I am is constantly seeking for the other self that lays ahead, because I know other versions changed, and I keep on changing too, the present self has already the same value as the memory of me.

Since an early age I always sought some higher understanding about my existence and that of the others who surrounded me. I think we all can relate to a point in our life that, as a gay man, we try to understand where we fit, somehow. However, this is not a story about coming out as a gay man, or only about my sexuality, this is me trying to make some things clearer on my mind about me, on my own perspective, through the eyes of another, and for that I have Chris to thank for.

My sexuality played a big part on some of the choices I made, some of the ways I acted, some of the looks I took on life, and for that it is impossible not to mention it. As a little boy who knew that he had no place among the others who were by his side, being them the boys at the school, whom I couldn’t relate to and saw me as kind of an alien, or the girls whom I couldn’t relate to either, or even my family, for whom I played a character in order to be accepted.

I always tried to excel at all the school subjects, seeking for some approval that made me feel superior among all the others. This feeling was something that grew on me, it felt like all the problems could be solved by playing the clever, lonely, underdog guy. That kind of attitude was almost border line arrogant and self centered. The fight I was having between the will to keep this mask up on one hand, and the will to be accepted by the others was a difficult one, because at some point I was feeling not only lonely, I was feeling as an empty shell with no purpose, that would fall apart at any time. I couldn’t recognize me, I wouldn’t know who I was, I started to be the person I thought the others around me wanted me to be.

This may be one of the most valuable self destroying weapons you can create for others to use against you. I truthfully believed that no good could come from changing this way of facing life, from leaving behind this character. Many years passed, I was now another self, trying to remove all the dirt that was keeping me from myself, all the earth I buried me in all those so many years before.

It was cold outside, raining, I had just been at a friend’s house, helping him with his thesis presentation. Inside the car I was listening to music and looking, from a distance, to his bedroom window. I didn’t see him since the day we had our last discussion, since the day I went to his house to leave all his stuff there. I really thought that he was the guy, the one… even with all our mistakes and misconceptions. There I was, so many nights after, just staring and trying to make peace with the idea that it was not meant to be, that I had to move forward, that at that moment I should be heading home to sleep and get ready for a new day.

So I did, after a few minutes, I started the engine, put on some low playing music, and calmly started driving home. At some point I was even singing a bit, focusing on the idea that that was not gonna happen again, I was not going to persist on that idea of owning someone that made me feel whole or loved. The road was empty, the rain was slowly hitting the windshield when suddenly I heard a really loud noise, it sounded like an explosion, and I lost control of my car.

From one second to the other, I couldn’t control anything around me, the car was crashing, uncontrolled, everything was breaking, I really thought those would be the last moments I would ever witness. It was terrifying. When the car finally stopped I was so glad I was still conscious and alive, I heard something that sounded like a TIR truck passing by and immediately rushed to get out of the upside down car. Someone outside helped me getting out. That was the guy who crashed into me. I was apathetic, actually I was kind of numb for days. But when I stopped to really think about it, when I realized what just happened, I couldn’t stop but wonder that if I died there, if that accident was my last moment alive, I had spent the last minutes staring at the bedroom window of a guy who wouldn’t even know what happened to me whatsoever.

This made me realize something that I’ve been thinking for years, how dangerous it is or how careless it is to spend your time wishing for someone to accept you, no matter what. How toxic that can be. And it doesn’t matter if that’s your boyfriend, your family, your friends… anyone.

Since I’ve come to terms with that idea, since I stopped or tried harder not to be the try-to-fit-in guy, I’ve realized that the much more I do the things I’m comfortable with, the much more I try to find me in myself, not wishing to fulfill others or social established patterns, the more glad I am that I’m still here. And the highest honor of it all is to find out that the more I come to terms with who I am and who I want to be, the more people I feel comfortable and truthfully happy to be with, the more joyous our relationships become and the more valuable seems my time with them and with myself.Nowadays being alone isn’t something that scares me, actually it pleases me to have the chance to find another me, another challenge, another door to open that may lead me to new paths or a highest acceptance of myself and the world that surrounds me.