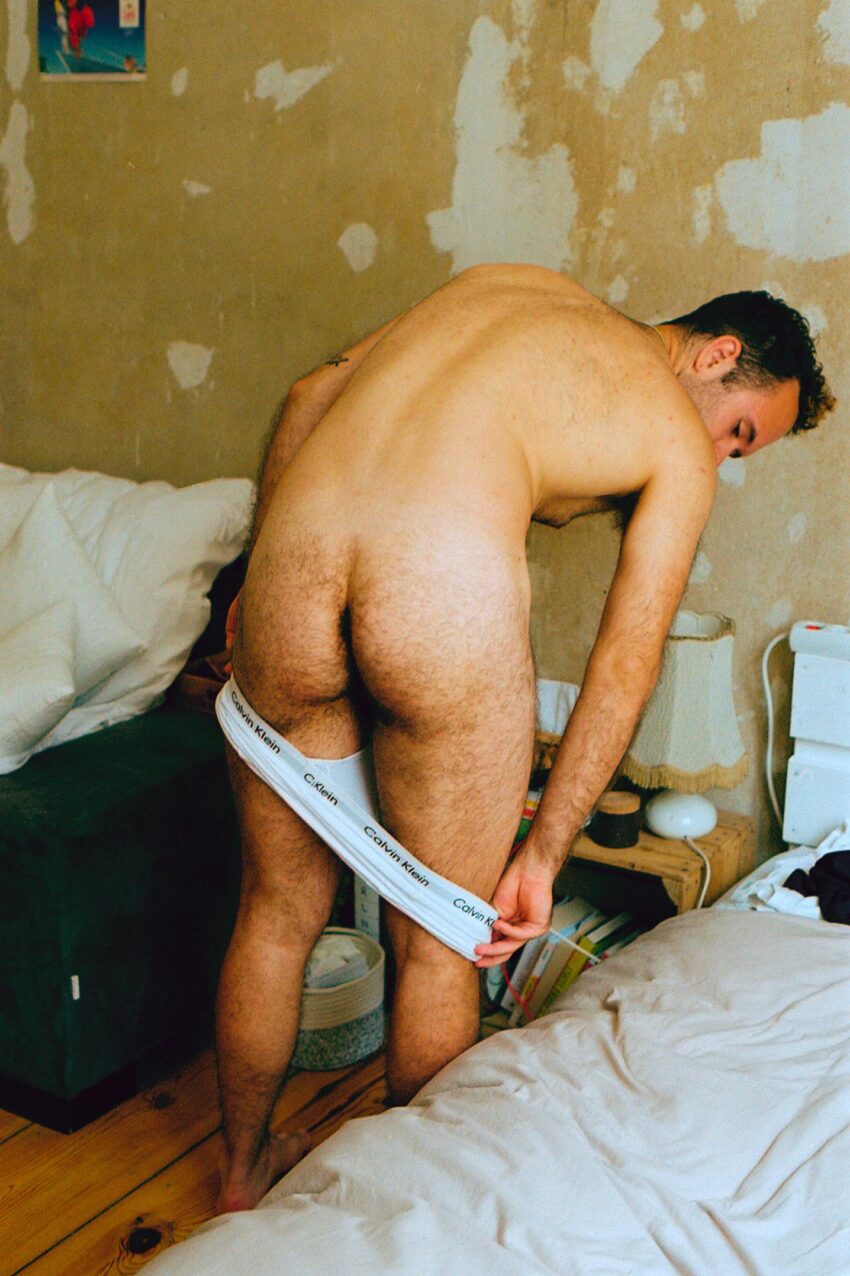 I don’t recall ever feeling straight. However, I do recall desperately wanting to feel straight. Up until my early twenties, all I wanted was to disappear into the crowd. To fit in & not worry about certain traits revealing my attraction to men. It is sad for society to create such an internalized fear for one’s own sexual orientation. And that is exactly the reason why I moved to Berlin 4 years ago.

Throughout primary school, I was a rather feminine kid. I only had girlfriends and loved spending time with them performing theater, dancing & having pajama parties. The other boys usually played football during breaks. However, competing with cis-straight boys and sweating your ass off whilst running after a ball just didn’t seem fun to me. During this time, I felt happy & queer though. And there’s only one reason for that: the unconditional friendship of my girlfriends. We were a tight group and we always had each other’s back. The feeling of support was something so obvious, that it easily allowed me to be myself in every situation.

I came out to my uni friends when I was 18. It took me 2 more years to come out to my family. And despite an occasional visit to the gay sauna, I could still not open myself up to men. My thoughts were too tangled, I felt too insecure. And above all: I believed I was the one to blame.

When I was 20, I made a solo trip to Berlin for the first time. The alibi to my family: “I wanna travel on my own!” The actual reason: “I wanna fuck around in the gayest city of Europe!”. And oh boy, this trip was teleportation from hell to heaven to me. I had never experienced so much sexual freedom in my life before. As I moved around from Boiler to KitKat and Berghain, I made connections with people who I could finally relate to. I realized that Berlin attracts a lot of people who felt marginalized and stuck in a rut. After an intense party weekend, I returned to Belgium with an empty serotonin level, but a full heart of acceptance. And then I knew: one day I’ll make this place my home.

4 years later, I still live in Berlin. Meanwhile, I found myself here in a lot of different ways: sexual, spiritual & professional. I’ve faced a lot of demons here too, but at least I’m finally feeling alive. Without any desperate need to feel straight.