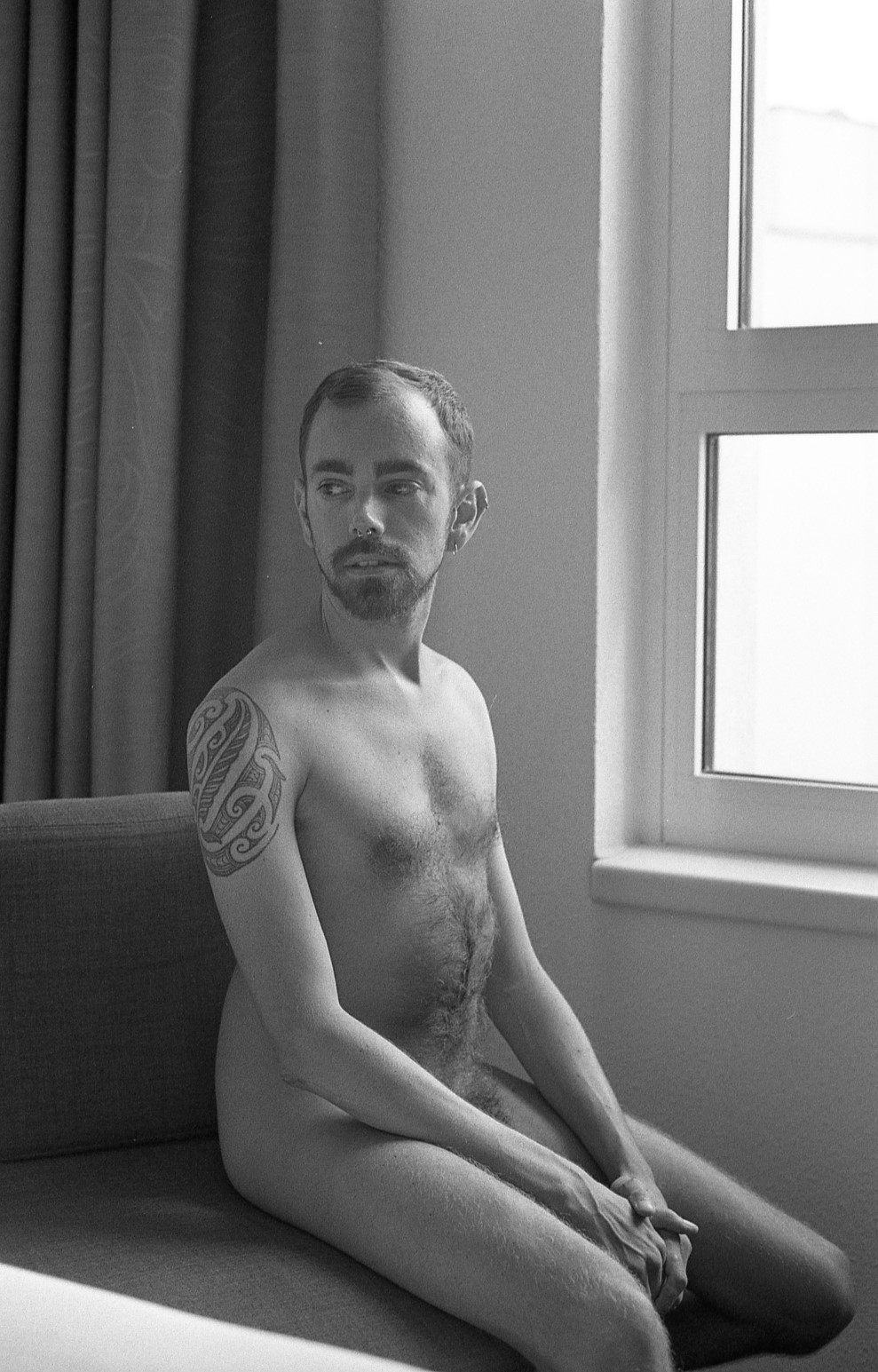 In the last few years I’ve been reading a lot about internalized Homophobia and how our upbringing with “straight gender-roles” might influence our life as out-and-proud adult gay men. It’s a fascinating topic, which has certainly a lot of truth and depth but at some level I could never really identify with all the theories in these books. My parents were always very loving and kind and never made me feel „weak“ or „less“ because I wasn’t into football or other stuff „boys just do“. My classmates were also very easy going and didn’t mind me hanging out with girls. I guess I was lucky in that way. I was born with a bone condition, which lead to breaking bones easily – so team-sports or other „dangerous“ stuff was a taboo for me – I guess in a way that helped me to avoid being bullied or called out for not playing football or fighting with guys. So, I am not saying that I am not affected at all and I am quite sure that I do have some kind of internalized homophobia from my childhood, however, I think that it doesn’t affect me as much as some other stuff.

I met the first open and out gay men in my hometown when I was 16. He was 21 and a friend of a friend. We had a drink and he was very charming and cute – afterwards we went for a walk and he got very flirty. Anyway, we ended up snogging – and it was my first real kiss with a boy. I was so nervous. And hard. He noticed, of course. I will never forget the way he cheekily grinned and smiled at me when he felt my teenage-erection in my pants. And since it was my first kiss with a guy and he was the only gay man I knew at the time it was bound to happen – I fell in love with him. I wanted to be his boyfriend. I wanted to be with him every day. We started a very innocent affair. We kissed. We groped and touched. But never more. I did everything for him. I bought a new sim card so we had the same mobile provider and call each other for free. I picked him up from work. I made carefully selected mix-cds for him (gosh, those were the times of napster!). I introduced him to the music of Alanis Morissette. But we never did any sexual stuff. After about 6 months I noticed that I was so infatuated with him that I didn’t notice how bad he actually was. He had a severe alcohol problem. He had manic depression episodes (he called me in the middle of the night a couple of times, crying, yelling, starting to argue with me). He lied to me. He stood me up many times. So at one point I decided „that’s not what I want in my life. And it’s not healthy. And it’s definitely not a relationship.“ I ended things. I told him that I didn’t want to see him again and that I am more confused about our „friendship“ than anything else. He was angry, shouting, drinking… But I walked out and felt relived. In a way, I was very thankful to him, because he also had some positive influence on me. Thanks to him I came out to my best friend. And he gave me my first kiss. And in hindsight I was thankful that he didn’t sleep with me.

A few months later I discovered a gay dating site. I started talking to a nice guy from another town and we ended up fixing a date.

We met, had a drink and went to his place – and things started happening. All of a sudden we were kissing on his sofa. And we stood up, both hard in our jeans, fondling around, trying to take them off. We went to his bedroom and I remember thinking „THIS IS IT! I am finally going to suck a cock!“ I was so excited. He was cute and charming – and while I was caught up in my thoughts thinking all of that I turned around and there he stood – naked and with an impressive boner. We had a good time and, being inexperienced and a romantic – I fell in love with him. Hard. I saw him again a few days later and we had a good and romantic time – and a few days later we went out for drinks and he introduced me to his friends. They asked something like „is this your new boyfriend“ and he said „NO!“ My heart shattered into 1000 pieces. I wanted to cry. I felt sad, angry, betrayed, stupid. We went back to his place and I asked him about what he said to his friends. He told me that he „doesn’t do“ boyfriends. How cliché. I was overwhelmed with feelings and decided to end things. Eventually we stopped having contact.

A few years later, when I was already studying and was visiting my parents for a weekend, Mr. “I don’t do boyfriends” wrote me again. We had a little chitchat and discussed meeting again and he said – I remember his exact words – „sure, let’s meet again. Just don’t fall in love again, honey.“ And those words – DO NOT FALL IN LOVE AGAIN echoed in my head. I think, without even noticing, this became my internalized mantra. The first two guys I met in my „gay life“ were guys who betrayed my (naïve) trust, who didn’t love me back, who disappointed me.

I learned to be very careful about giving away my love easily. While that is certainly healthy in a way and part of growing up, it’s also hindering in another. Whenever I meet a guy today, I am tiptoeing around him on the first few dates. Before revealing any serious feelings, I want to make sure that he’s worth investing those feelings. In doing that I am hiding myself, not sharing my honest and true self. That’s not the way it should be. It’s hard to find your soulmate if you are not sharing who you truly are.

It’s a process I am working on at the moment. It’s not easy breaking old habits, especially when they concern the mind. I think though, that understanding the root of it all is the first step to improvement. I also like to think that self-reflection is the way to go.

So whatever the future holds for me – the dates, the men, the sex – I try not to think too hard about ending up feeling disappointed or betrayed.

I do boyfriends and I do love. I just have to find that special someone, who does it too.