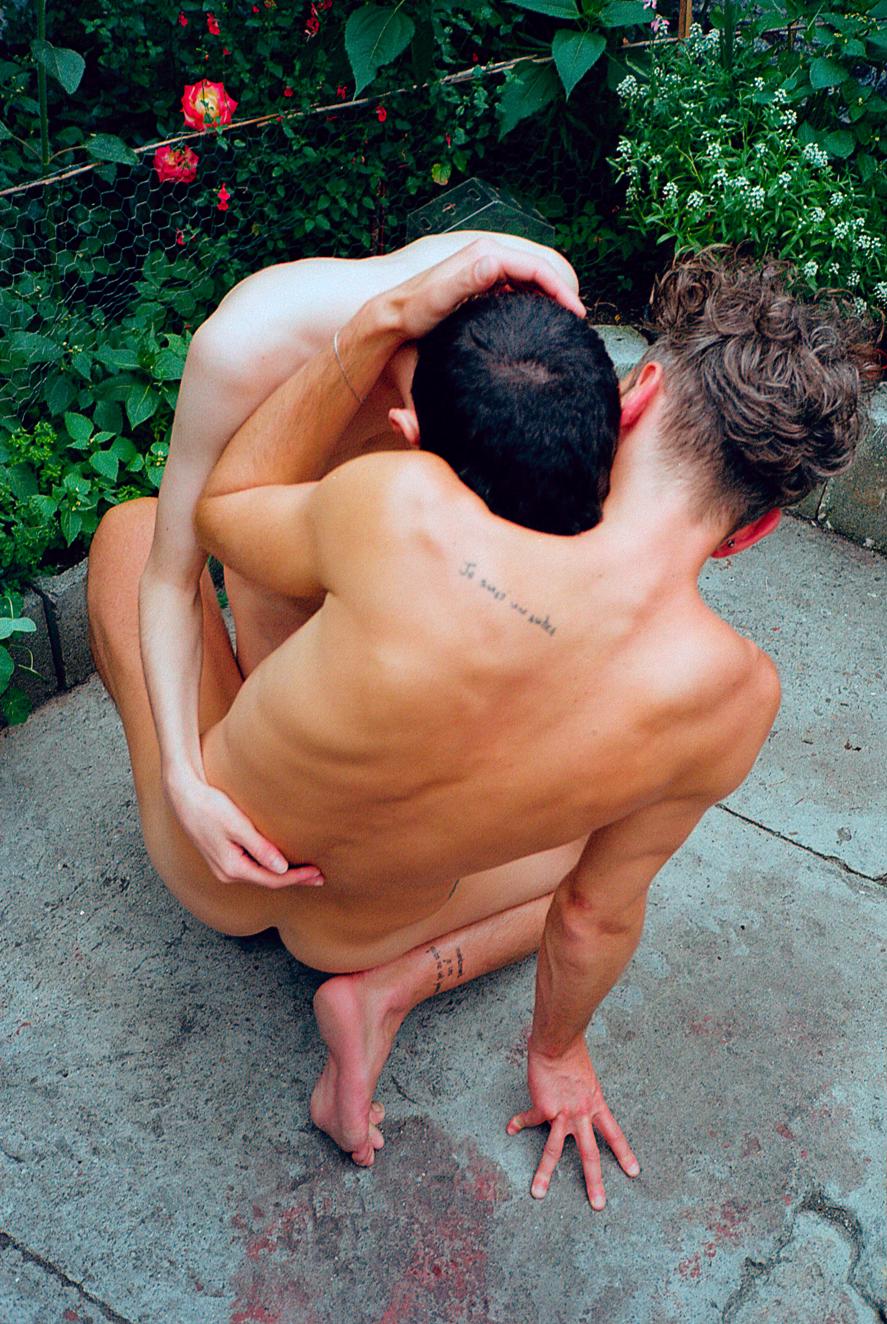 When someone asks me to talk about my body, I don’t know what to say. It’s clear that I’m a cis white male with good health and I shouldn’t actually worry about it, but the truth is that I really took time to accept my height, my weight and my genetics.

When I finally got confident with myself, feeling sexy when I looked into the mirror, the tendency of needing external validation came, but I wasn’t satisfied with getting a bunch of likes just by posting photos of my body, that felt shallow and uninteresting; what I really wanted was to KNOW that I could also be physically desired by other people.

Also, as time goes by, I break previous prejudices and I am more open to new bodies and new ways of enjoying sex. Lately, I fantasize a lot about fucking guys bigger than me, in size and muscular mass. I have this dual thinking of wanting big arms and chests to hug me and squeeze me, but at the same time being in control of them and making them moan as a top. It’s a way to empower myself, and I even enjoy some kind of submission from time to time.

I’ve always been behind the camera and I still feel better behind it, but this was something I wanted to do for a long time and no matter what reason I give to justify it (to feel better with my body, to empower skinny guys like me, or just to have a fun time being narcissist), all of them seem valid to me.

—- Text by Raul from Spain

I have always been more attracted to slim people, or at least people that are in shape. It seems a shallow thing to say; degrading personality, body shaming, … And I am very conscious of that. Even though, when I think of it, I am not shallow at all. I love most people because of their personality, not their body shape, colour, … So what went wrong? Did anything go wrong? It was Chris who pointed out; it’s common to see people attracted to muscular body types, but uncommon to skinny ones. So that’s how I began wondering…

When I come to think of it, it dates back from when I was a 17 (after I came out). At that age I started obsessing over my own body and being skinny. I became vegetarian, so my diet was limited, because my mother refused to cook vegetarian at first. I lost 8kg over a year, ever since I have been watching everything I eat.

It is only until now, that I realise I have an eating disorder. Personally, I would never call it a disorder, it is more a pattern or a focus. It’s been more than 10 years now: counting calories, eating less than an average person does, I’ve been through every diet that seemed to work.

Meanwhile people consider me a lucky guy, who can eat anything without gaining weight. The truth is different. Luckily, I have never crossed the line of doing self-destructive starvation. I’ve managed to balance it into a healthy lifestyle. Over the years, I have been wondering about my motivations to keep skinny. It’s more than esthetical. Until someone pointed out, people with eating disorders tend to do it because of self-control.

That’s how I found out, it probably started as a fight against my parents, who were very controlling over me. They confronted me for being different, and they tried to push me into the “right” direction. So, to me, it was my refusal to be what they wanted me to be. I think I have idealized being slim or skinny, as an act of self-control, independence, being different, … And those are the things I always look for in people. I am a very open minded guy, just to be clear, I am talking about attraction! I love and like everyone and everybody with a free mind and spirit.

—- Text by Hannes from Belgium